Perth NewsChristmas Day In WA Set To Be A Scorcher

Christmas Day In WA Set To Be A Scorcher 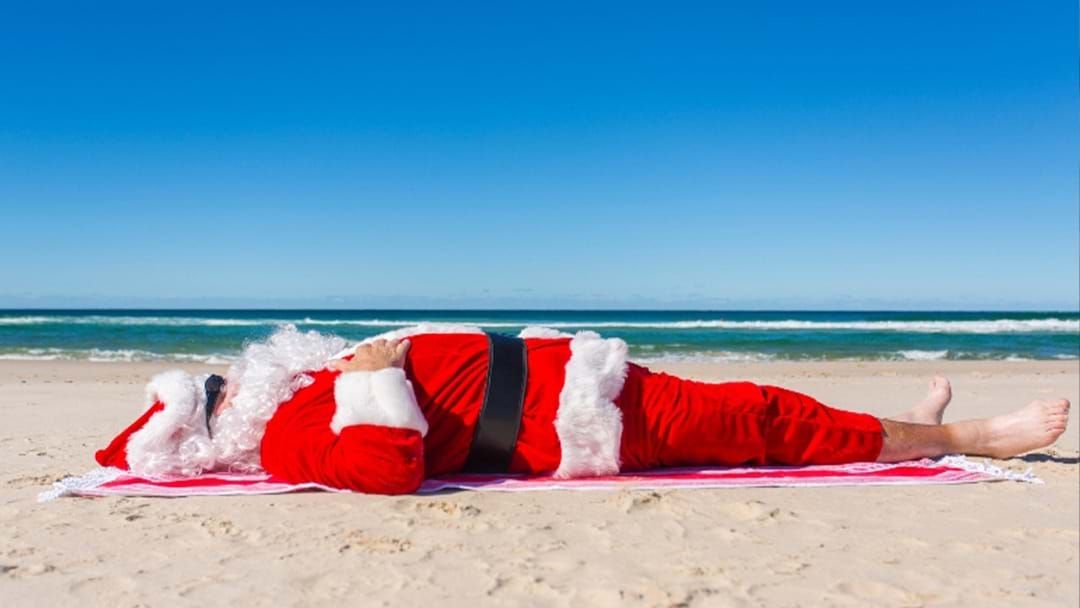 There'll be no 'slipping an extra shrimp on the barbie' as West Australians get set to swelter through blistering heat over the festive weekend, with a fire danger warning almost certain to be in place for Christmas Day.

The extreme conditions, caused by dry desert heat heading southward, has weather forecasters expecting a rainstorm in the Kimberley's, with 70 per cent chance of rain in the far north, despite a warm 35C.

Meanwhile, the state's most extreme Christmas Day weather is forecast for Perth with a scorching 42C.

Further across the state, heatwave conditions with temperatures above 40C are expected to run across parts of the Mid-West and Central Wheatbelt, with Geraldton and Bunbury both set to reach 44C.

Elsewhere, Port Hedland is looking to reach 38C, while down in Kalgoorlie temperatures are expected to hit 35C.

Meantime, for West Australians wanting something a little cooler, the Bureau of Meteorology recommends you consider a Christmas in Margaret River where a pleasant 30C is expected, or for something even milder, head to Albany (23C), or Esperance (24C).

Consecutive days of heatwave conditions are driving a total fire ban throughout the festive period for most of the state, according to the Department of Fire and Emergency Services WA.

So, effectively that means no cooking on patios, under pergolas and huts which are open or partially open to the weather.

WA's DFES website provides all the do's and don'ts when it comes to a 'total fire ban'.

Including what you CAN do during a total fire ban:

Total fire bans are announced the day prior, depending on weather conditions and updated on the Emergency WA website.

“Nowhere else in the country is experiencing a heatwave over Christmas, in fact there is a good chance somewhere in WA will be hottest place on earth this Christmas Day… its’ just a matter of where,” Mr Tarr said.