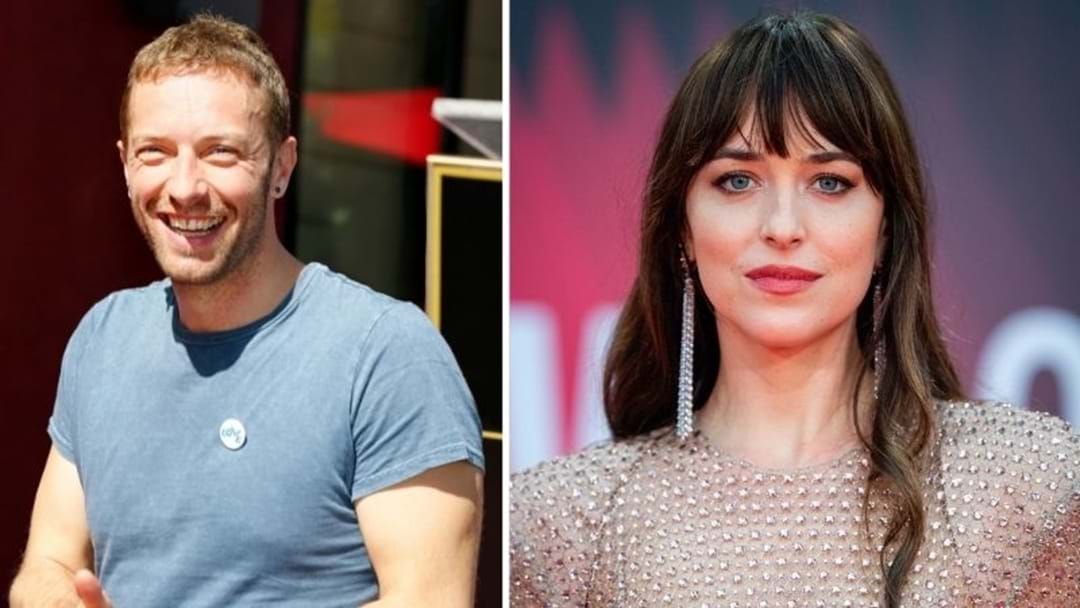 Lead singer of Coldplay and all around angel Chris Martin, just gave the cutest shout out to his girlfriend, Dakota Johnson during one of his recent concerts and we are positively swooning.

The pair have reportedly been together for around five years and are notoriously private when it comes to their relationship.

Johnson and Martin are very rarely even papped together which is why fans were so excited over Martin’s spontaneous and VERY public display of affection.

During Coldplay’s new single “My Universe”, Martin can be heard shouting “This is about my universe and she’s here!” while pointing to Dakota who is watching supportively from the balcony.

While Chris’s declaration of love is pretty damned cute, so was Dakota’s reaction.

The actress can be seen standing with a friend on the balcony, covering her grin with her hands and probably crying because let’s face it, if Chris Martin was serenading any of us, tears would most definitely be shed.

He starts singing, “You, you are my universe and I just want to put you first,” while pointing at Johnson while our collective hearts melted.

The pair have been dating since 2017 when they were first spotted on a sushi date in LA.