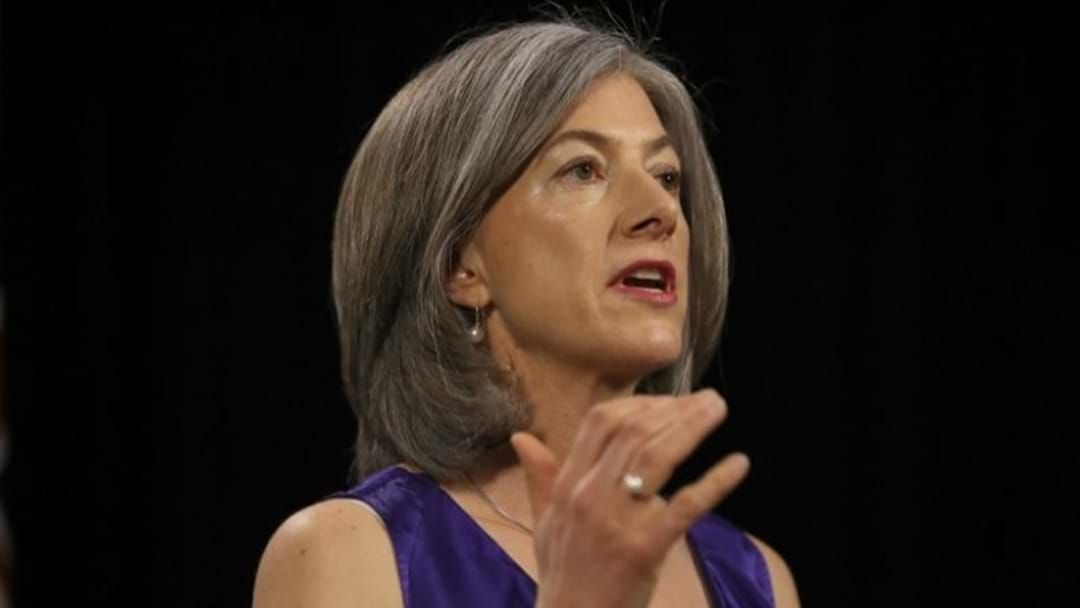 The decision sparked outrage in anti-vaccine protestors who swarmed Ms Spurrier in front of the courthouse.

Protestors carrying signs and filming with their phones mobbed Ms Spurrier as she attempted to leave the Supreme Court Building today.

Protestors proceeded to shout at Ms Spurrier with some shouting “hang her” and others shouting “here comes the criminal”.

A number of protestors wore tee shirts with the yellow star of David on the front, in reference to when Jews were victimised by the Nazis.

Ms Spurrier was escorted to a nearby vehicle by police and Sheriffs as protestors continued to hurl abuse.

Prior to Ms Spurrier’s departure from the Supreme Court, a subpoena was put aside by the judge which would require Professor Spurrier to attend the three-day trial.

A reason for this decision was not given, however, Justice Judy Hughes said a reason would be given “at a later date” and gave a brief explanation to both parties.

“I’ve considered the application by reference to the nature of the proceedings, and the materials and submissions made yesterday,” she said.

“I do not consider there is any relevant evidence Professor Spurrier could give by reason of the grounds of the review.”

One of Varnhagen’s litigators Simon Ower said his client does not condone the behaviour displayed by protestors.

“We strongly condemn what happened this morning outside court towards Professor Spurrier,” he said.

“We live in a society governed by the rule of law.

“My clients invoke that rule for this court to determine the lawfulness of the Commissioner’s mandates in a civil and orderly manner.

“What happened outside court this morning was the opposite of that, and must never happen again.”