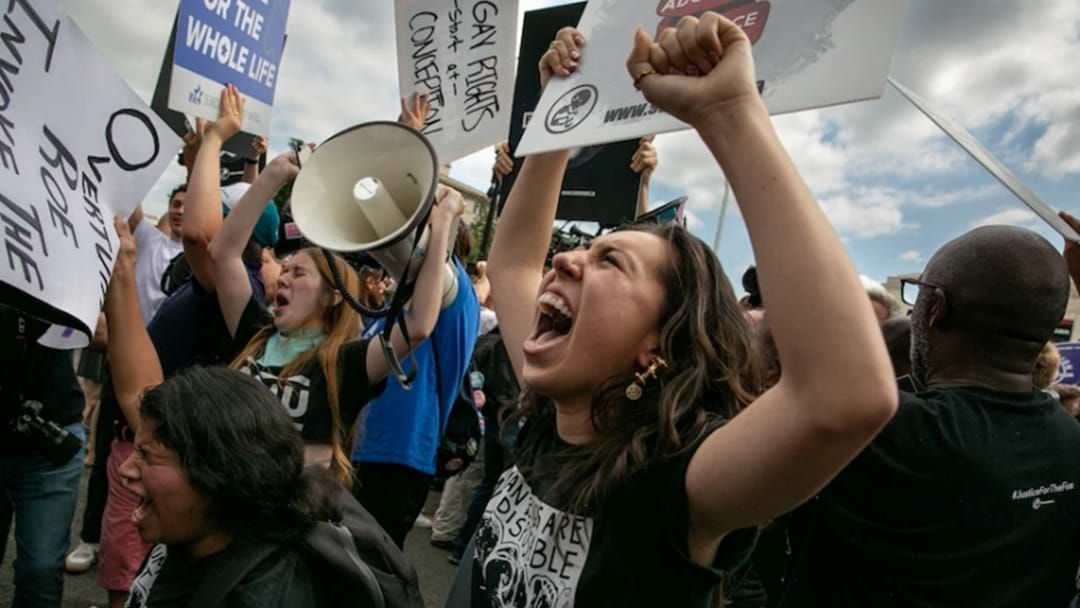 Protests continue across America after the US Supreme Court overturned the constitutional right to abortion on Saturday.

Some states have been quick to ban or heavily restrict women's access to abortions, with trigger laws taking effect immediately after the overturning of the Roe v Wade ruling, leaving only a handful of states where abortion will still be legal.

Hundreds of activists have converged on the US Supreme Court for a second day to protest the landmark ruling, just as activist groups work around the clock to maintain support for women needing abortions.

Meanwhile, on the other side of the world, politicians have voiced their concerns about the welfare of women in the United States.

Deputy Liberal leader Sussan Ley told Sky News the US Supreme Court’s decision is a step in the wrong direction.

“This has been a step backwards for women in the US. I’m very discomforted by anything that puts a personal and sensitive issue that a woman has to grapple with in many instances, or a family has to grapple with, in the same sentence as criminal”

While Federal Education Minister Jason Clare conceded he is grateful that abortion isn't an issue that divides the major parties in Australia.

“Thank god we are a country here in Australia where abortion is not an issue that divides the Labor party and Liberal party,” he told Sky News.

“I'm thinking at the moment for women who live in some of those states - they're basically being told today that if you want to have an abortion, then get on a bus and travel a couple of hundred kilometres,

“I share the anger, frustration, and the grief that people are experiencing and talking about in the United States and right across the world at the moment," Mr Clare said.

"Here in New Zealand, we recently legislated to decriminalise abortion and treat it as a health rather than a criminal issue," she said on Saturday.

"To see that principle now lost in the United States feels like a loss for women everywhere," Ms Ardern said.