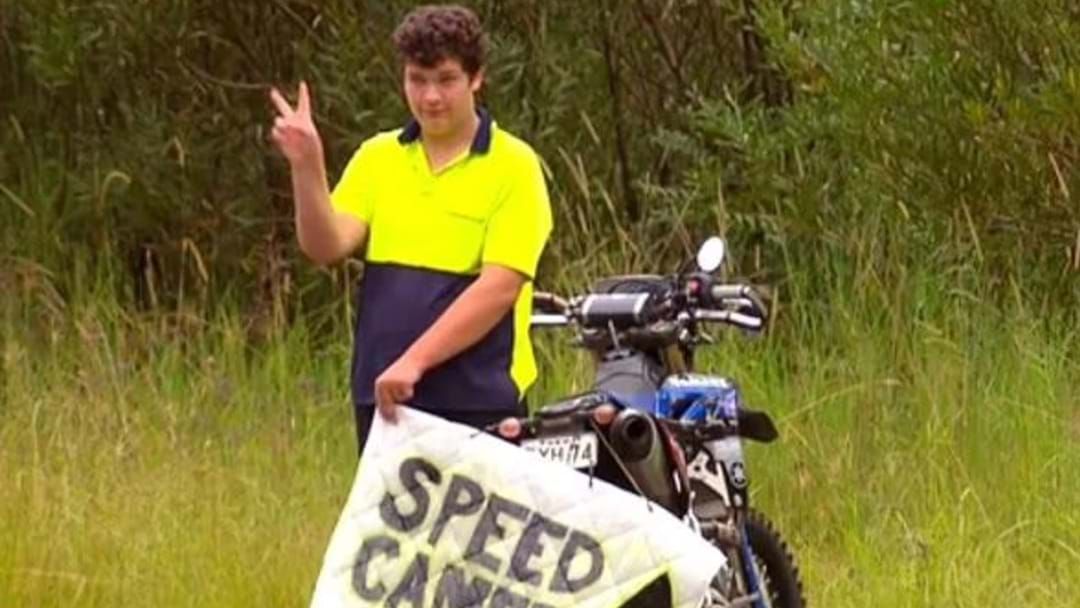 A Central Coast tradie has been dubbed a national hero for warning drivers of approaching speed cameras hidden on main roads.

17-year-old Beau Jackson has spent most of his afterwork hours standing on north Sydney roads holding up signs which warns drivers to slow down ahead or risk being fined.

"I want to look out for people as it’s a pretty hard time right now," Beau told A Current Affair.

"I don’t want people getting a fine. I’ve been saving them heaps in the month I’ve been doing it.

"People can cop a $170 fine for just going four kilometres over the limit and right now people are struggling so I just want to help them."

Beau explained that he approached police, learning that he is not breaking the law by warning drivers.

"They think I’m doing the community a service as I’m actually making people slow down," he said.

"I’m doing it for those who are done four or six kilometres over because they also park at the bottom of a hill."

"If it was in a school zone or on a stretch of road where people are speeding I wouldn’t warn anyone.

"But they are often set up to ping people going a few kilometres over the speed limit at the bottom of a hill and that’s unfair."