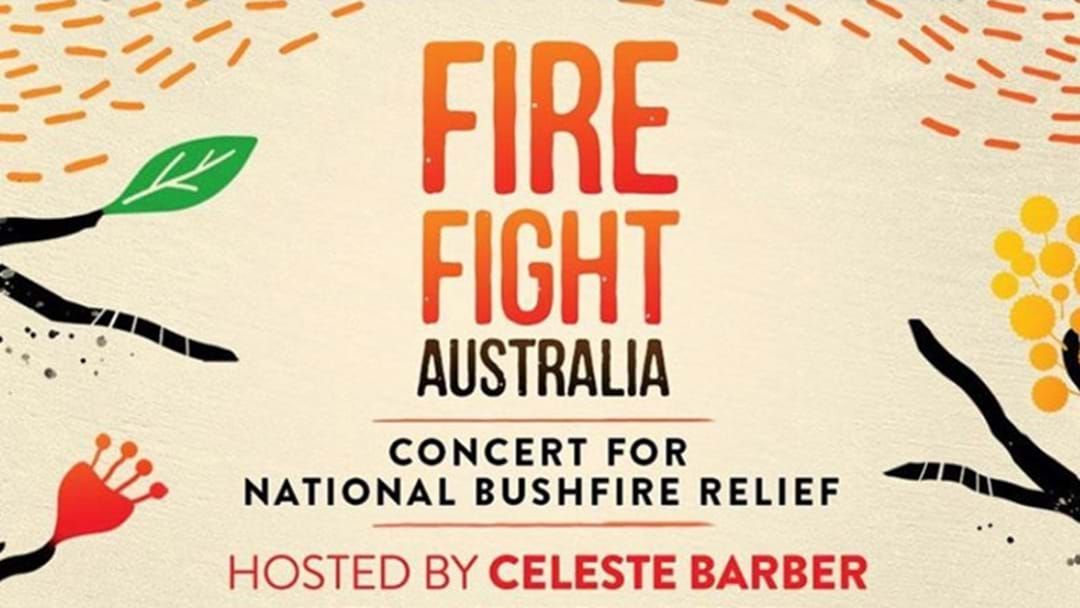 Fire Fight Australia is the latest bushfire benefit concert to be announced this morning, hosted by comedian and fundraising queen Celeste Barber!

The actor and Instagram star raised over $50 million for those impacted by the fires in just 10 days, and will now be hosting the Fire Fight Australia concert with an all-star lineup of musicians.

After a week of rumours, news has just been announced that Queen + Adam Lambert will headline the massive bushfire relief concert in Sydney next month.

Joining them are fellow international legends Alice Cooper and k.d lang, as well as homegrown stars like Olivia Newton-John, John Farnham, Delta Goodrem, Guy Sebastian and many many more!

Tickets for this huge event, to be held at ANZ Stadium in Sydney, are on-sale midday today, via Ticketek, with all concert ticket profits going towards key organisations providing vital rescue, relief and recovery and rehabilitation: Rural and regional fire services in affected states, Red Cross Disaster Relief and Recovery, the RSPCA Bushfire Appeal.

If you can’t make it to the big gig in Sydney, fans can get involved by making a donation online now.
Tickets and to make a donation: firefightaustralia.com

This is one of many fundraiser gigs happening across the country, with concert promoter Michael Gudinski announcing on last week the massive bushfire relief concert from 2009, Sound Relief, is making a comeback this year with Elton John at this top of his wish list to perform.