moved to Toowoomba for a better life 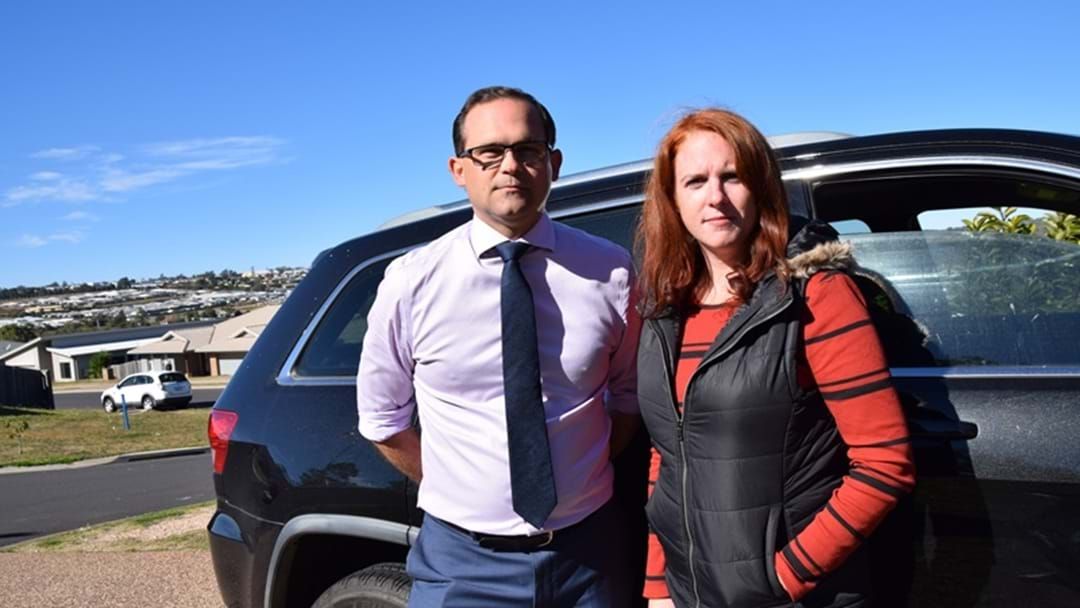 David Janetzki MP and Glenvale Mum Lilas Fegan discuss the huge impact car theft had on Ms Fegan’s life. She was just one of 402 victims who had their car stolen in Toowoomba last year.

Glenvale Mum Lilas Fegan was one of the 402 victims who had their car stolen in Toowoomba last year.

Ms Fegan is a single mother of two young girls, aged six and three, and the callous theft has left her emotionally and financially scarred.

The teenagers who stole her Jeep drove it around for three weeks, smoked heavily inside, ripped out her children’s car seats, dumped her children’s belongings - including a favourite toy her daughter had since birth - and school jumpers, and removed the number plates.

“They have financially ruined me,” Ms Fegan said.

“I had just moved from Roma to Toowoomba for a better life and was looking for a job when it happened,” she said.

“That car was my only investment, I could have sold it if I needed to but not now as it is trashed and was not insured at the time.”

“That is 40 people just like Lilah who have had their lives turned upside down – unable to drive children to school, unable to drive to work, losing valuable and irreplaceable possessions,” he said.

“And victims also have to cope with the emotional scars of knowing offenders have been inside their homes and also in Lilah’s case, could still be carrying around the spare key to her car.”

Ms Fegan is deaf in one ear and said it terrified her to know there were criminals inside her house while she and her children were sleeping.

“I’m not the same person I was before this happened. I can’t sleep,” she said.

The offenders stole Ms Fegan’s keys from inside her home and stole her car which was parked outside the garage one night in November.

Ms Fegan said she had to pay $350 to retrieve her car from a Brisbane impound lot, buy new car seats for her daughters and pay to replace the number plates on her car to continue driving.

However, she could not afford to have the car professionally cleaned nor could afford the $400 fee to recalibrate a new key as the spare key is still missing.

“I would like to face these teenagers in mediation so I can explain to them face-to-face the impact their joyride has had on my family’s lives,” Ms Fegan said.

“They’ve got to see the hurt and something needs to happen,” she said.

“They could come and wash the car, mow my lawn, do something to work towards paying off their crime.”

Ms Fegan has since joined the Glenvale Neighbourhood Watch group and wants to focus on creating activities and opportunities for bored teenagers to prevent them from committing opportunistic crimes.

“When I was at high school there was a teacher who would take teens on three-day treks into the mountains,” Ms Fegan said.

“After three days of hard work and cooperation, I saw kids who had no respect for others emerge as totally new people,” she said.

“Some Toowoomba kids are bored and angry – I would be angry too if I was 12 years old and no one either knew or cared that I was roaming the streets in the middle of the night. We need to give them something to do.”

Figures from the Queensland Government’s 2017-2018 Crime Report showed the highest number of offenders stealing cars were in the 10 years to 17 years age bracket.