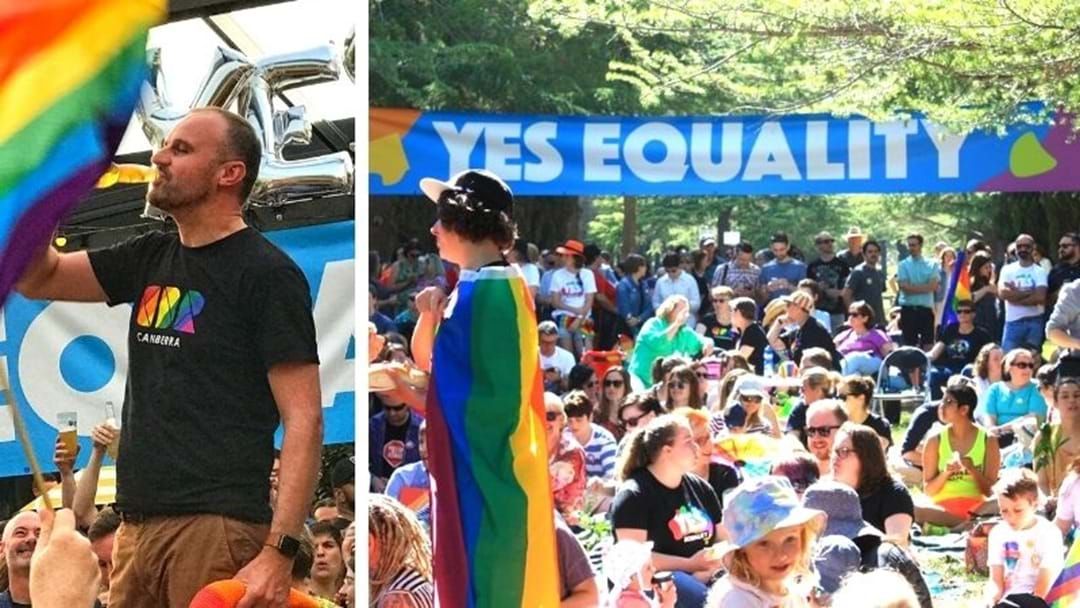 Monday marks four years since the results of the historic same-sex marriage postal survey were handed down.

Thousands packed into Braddon’s Haig Park to watch the announcement live and the hear the news that Australia had given its blessing with the ACT recording the biggest ‘Yes’.

61.1% of participants had voted to support the introduction of same-sex marriage while in Canberra the share of the Yes vote was much higher – coming in at 74%.

Celebration following the announcement saw plans quickly put in place to carry the party on into the night.

The shutting down of Braddon’s Lonsdale Street allowed people to gather in greater numbers, quickly becoming flooded in a sea of rainbow as people joined the party after finishing up in the office.

In the years since, the ‘YesFest!’ has taken place on the same street at the same time of year.

However, 2021’s YesFest! Celebration had to be pushed back to February due to constrains amid the ACT’s COVID lockdown.

In its place, a new documentary will be launched to look back on four years of equality, to reminisce on that night in Braddon and to look forward to what else is still left to say ‘Yes’ to moving forward.

The ‘All Together Now’ doco drops online tonight at 6:30pm and can be streamed right here.