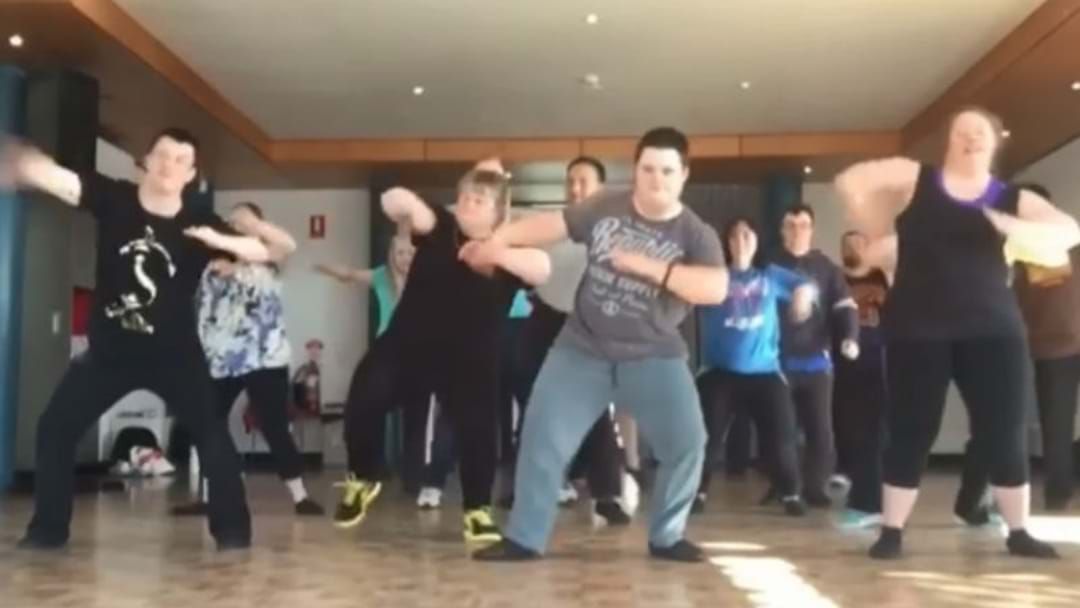 We’ve all seen dance videos do the rounds on social media – and the latest to come out of Canberra is bound to make your heart melt.

A video by a local dance team for people with Down Syndrome and other disabilities has racked up nearly 2.5 million views on one celebrity’s Instagram account alone!

The clip shows members of the Xtreme Stars dance team taking part in an international challenge, where they had to copy moves from Ciara’s new music video, Level Up.

The R&B superstar herself then shared the video on Instagram, which has gone gangbusters!

“I was totally blown away. It was really something to have them do an international challenge like that and just be accepted so quickly and wonderfully, it’s mind blowing,” she said.

The dance troupe rehearses each week at the Tuggeranong Arts Centre, with teacher Caroline Phengrasmy.

Karen reckons the dancers will be stoked when they find out the video’s gone viral!

“They will start equating it with some other videos they’ve seen on YouTube and go woah we’re better than them! They will just be gobsmacked, as well as the parents.”

She said it’s about letting the kids do what they love and showcasing local programs for people with disabilities.

“It will be absolutely fantastic to say there’s avenues out there for children with disabilities, no matter what they are. Don’t hold back. Listen to your children, see what they like and go for it,” she said.

“We’re just a small group that discovered we can do this with a bit of investigation and we’re giving our kids what they wanted. It’s part of their life they really enjoy.”