What beer took out the top spot? 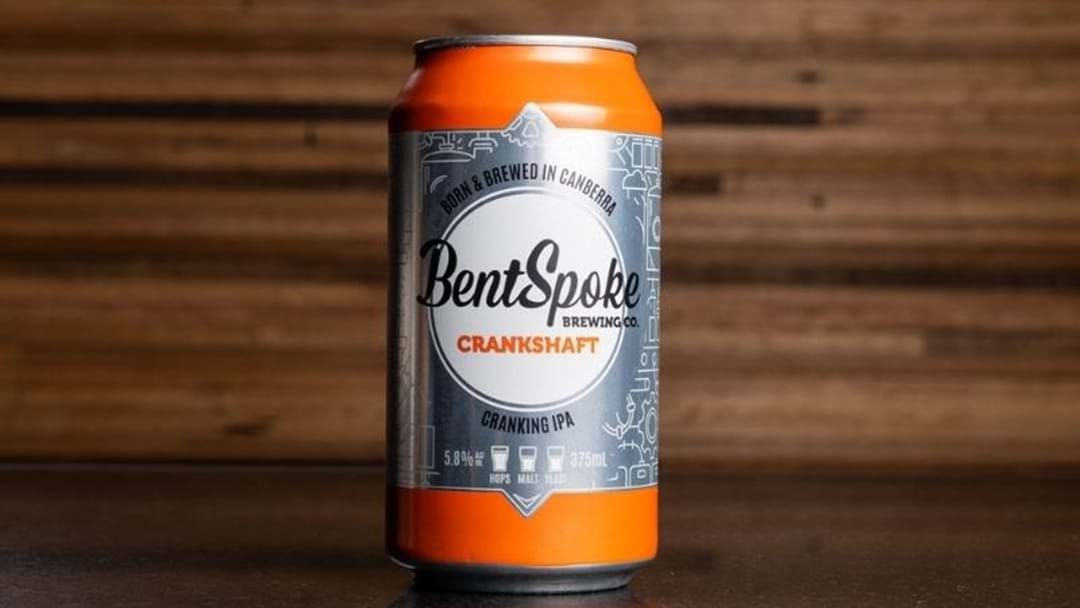 A Canberra brewry has taken out the top as Australia's favourite craft beer.

BentSpoke's 'Crankshaft' was voted as the number one beer of the 2021 Gabs Hottest 100 Craft Beer countdown. This is actually the second year in a role that BentSpoke has taken out the honours.

BentSpoke Brewer's Richard Watkins said he would love to make it a hatrick.

BentSpoke wasn't the only local beer to rank high in the top 100. Capital Brewing Co had two beers, the Capital XPA and Coast Ale that ranked 7th and 9th.

Want more Canberra news? Head to our homepage and find 'Latest News' to stay up to date with what is happening in the Capital: