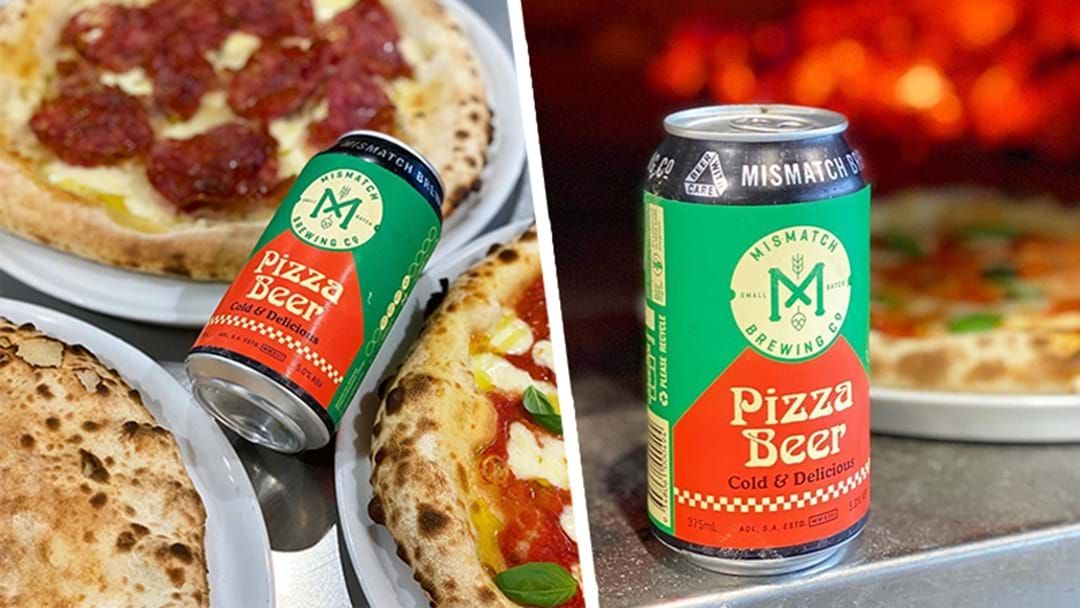 Just when you thought you couldn't up the ante on a cheeky bevy, we see this mother of all beers.

Yes, it's made from actual remains of pizza dough.

After the postponement of many food events, head chef at Lot 100, suddenly found himself with a vast excess of pizza dough lying around and no one to eat it.

So, naturally, Mismatch Brewery, which just so happens to also make its beverages on the same Hay Valley property in South Australia, decided to team up and chuck the dough into some beer instead.

The aptly named Pizza Beer is duped as a classic Italian inspired lager with a slight sweetness and earthy/spicy note to the beer, alkaline character from the salt from the bases.

The team have also been busy working on a selection of dark beers to get us through winter.

Alongside these stouts comes their big brother, a Russian imperial stout aged in Buffalo Trace bourbon barrels for four months, giving it a whopping 12.75 per cent ABV.

What might be Mismatch’s most acclaimed beer, Evil Archie’s Red IPA, has also gotten a limited-release spin-off in the form of the double dry-hopped Super Evil Archie’s.

We suggest you get in quick if you want to get your thirsty mitts on any of these bad boys, they are in limited supply here.