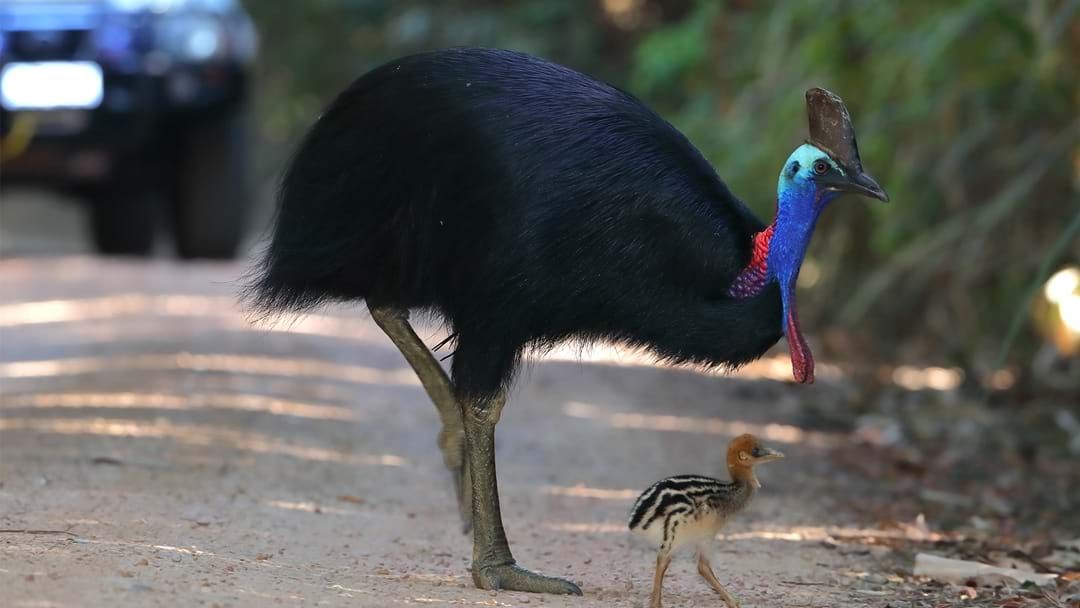 In most places across Australia, flashing your lights at an incoming vehicle usually means there are police ahead, but in Far North Queensland, the signal means something else.

There are calls for the public to flash their lights when spotting a cassowary crossing the street, fearing their population in the wild which is expected to be less than 4,000 on the ‘cassowary coast’ – Mission Beach.

Local highway patrol officer Sergeant Scott Hayes encouraged drivers to signal traffic, also stating that despite common belief, in a lot of instances it is legal to farm other road users of hazards.

"Personally, I do it myself because the flashing just gives people a wake-up that there could be a hazard ahead on the road," he said.

"If it's night-time and you're putting your high beams on continuously then that's a different story, but the flashing of headlights isn't going to cause any issues."

It is believed since 2017, 57 cassowaries had been hit by vehicles, in which 40 had died from injuries sustained.

Tully veterinarian Dr Graham Lauridsen is regularly the first person at the scene when a cassowary is hit by a car.

He told the ABC true number of cassowary injuries or fatalities was likely to be higher.

"There are certainly birds that don't get reported as being hit or injured and that's pretty common," he said.

Even though if its size, the chances of a cassowary surviving being hit by a car is quite low.

Dr Lauridsen said the injuries sustained are usually too severe and the bird dies at the scene, or it is later euthanised.

Anyone who hits a cassowary is urged to immediately report it to the Queensland Department of Environment and Science.