This is legit happening... 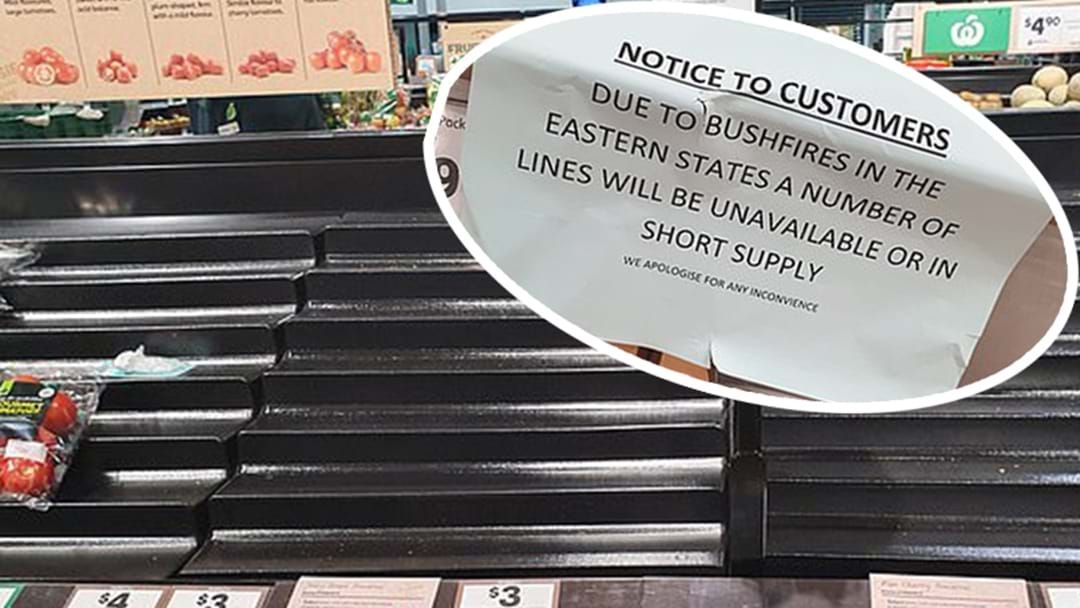 Over the last 10 days, one of the only main sealed roads into the city of Perth has been closed as bushfires have been relentlessly burning on either side of the Eyre Highway.

Supermarkets and even mega fast-food venues like McDonald's are reportedly struggling to get food supplies as raging bushfires are repeatedly causing main sealed roads to close.

Local WA shoppers have been confronted with the sight of empty shelves as hundreds of supply trucks have been stranded along the way into the city.

Supplies have also reportedly been even more scarce in towns and roadhouses along the highway to the point where water is limited, pubs are running out of beer, toilet paper is a luxury and residents are being forced to ration food.

Authorities have acknowledged that there was no end in sight for the situation as 140 firefighters have been battling eight fire fronts in areas that have reached almost 50C last week.