"The best parliaments are hung" 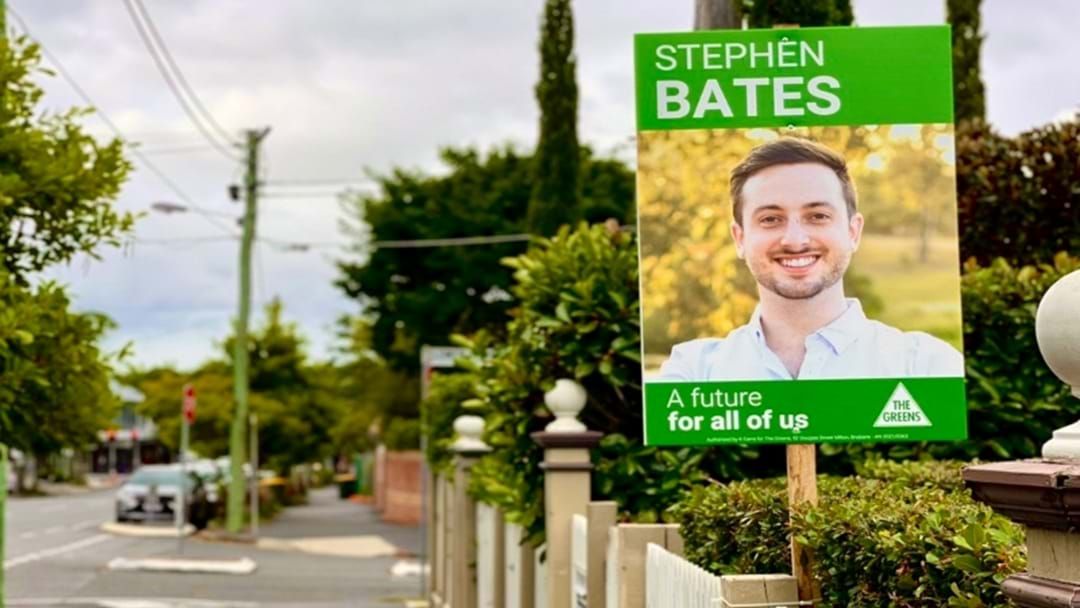 With both the Coalition and the Labor party playing it safe in the federal election, it’s refreshing to see a Queensland candidate bringing a little spice to the campaign.

Greens candidate for Brisbane, Stephen Bates has taken out ads on popular gay dating site Grindr, where a niche audience enjoys a little cheek and humour in equal measure.

One ad says, “The best parliaments are hung!”, while another taglines read “Spice up Canberra with a third” and “You always come first with The Greens!”

Driving his campaign to a familiar cohort, Mr Bates told News Corp that Brisbane has one of Australia's “highest queer votes” as well as one of the youngest demographics.

“Being gay myself I know just how much our community relies on the app to communicate with one another, make friends, find love, or just hook up,” he said.

“The slogans and ads are fun but also have a serious underlying message. We are heading for a hung parliament after the election where the Greens could use the balance of power to make real, positive change on climate and cost of living.”

The bold move delivering cheeky tag lines, is also a clever move, according to Political scientist Dr Glenn Kefford, from the University of Queensland, who said political parties are “recognising that they need to go where the voters are”.

“Increasingly, parties and candidates are trying to message to voters in a wide range of channels,” he said.

“And in recent election cycles this has started to go beyond social media platforms such as Facebook and towards any other apps that significant numbers of voters are on.

“Dating apps are one example of this where there are sufficient numbers of young voters. The Greens use Grindr as they have strong support within the LGBTIQ+ community,” Dr Kefford said.

Standing up against the centre-right LNP member Trevor Evans, the 29-year-old Greens candidate wants voters to know he's on their side.

“The current MP for Brisbane voted against the religious discrimination bill and all amendments put in to protect queer kids in school,” Mr Bates said.

“I want the community to know that they can have a representative who is proud of who they are and will stand shoulder to shoulder with them against discrimination, and not throw them under the bus to advance their political career.”

Aware that the ads will not be to everyone's taste, Mr Bates said the response has been "overwhelmingly positive".

“These ads are just another way to connect with the community and have fun while doing it.”