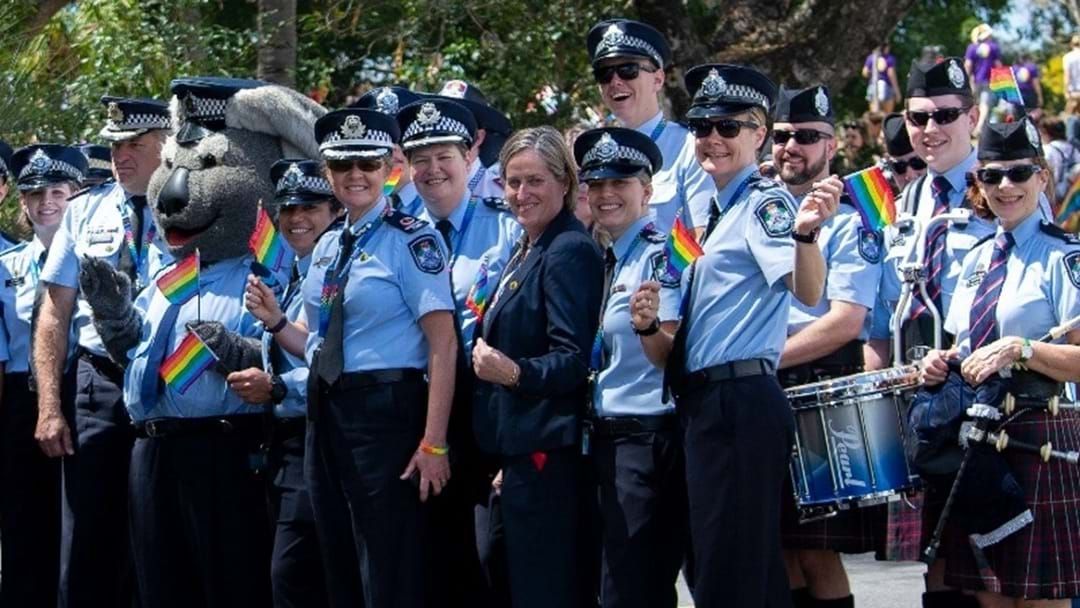 Queensland coppers have been asked not to march in uniform at the upcoming Brisbane Pride Fair Day.

The decision marks the first time, since 2015 when then Police Commissioner Ian Stewart allowed uniformed Queensland Police Services members to join in.

Committee of Brisbane Pride Incorporated said the decision was made as QPS have yet to acknowledge historic wrongdoings and ongoing allegations of homophobic, racist and sexist conduct within the Service.

An investigation was launched in July by the Ethical Standards Command of Queensland Police into allegations of ‘disturbing’ Facebook group, littered with homophobic, sexist and racist posts by current and past police officers, as reported by Star Observer.

"This year we became aware of an investigation into Queensland Police Officers after sexist, racist and homophobic social media posts. While we are grateful for the condemnation by the Police Commissioner of those individuals involved and launching of an investigation, this incident remains of great concern to us and the broader LGBTIQ+ community, not only in Brisbane but throughout Queensland.

In the meantime, organisers say they maintain a strong working relationship with QPS and support the inclusion of officers in the march, albeit without their uniforms.

"We supported police inclusion because we do believe that engagement is the best way to make meaningful change and we wanted to support serving LGBTIQ+ officers", Brisbane Pride Festival stated.

"We acknowledge that progress has been made to change the culture and behaviours of the Queensland Police Service. But that change has been inconsistent and at times there has been seemingly little or no accountability for the homophobia, transphobia and discrimination against LGBTIQ+ people that remains."

Commissioner Katarina Carroll said she understands there are issues from the past, but is disappointed for her officers.

“We are working through it. I’ve given a commitment that we will work through this over the next few months so that we don't find ourselves in the same position next year," Ms Carroll said.

Originally marked for last weekend, the Brisbane Pride March will now go ahead on October 30.