For AFL and AFLW teams 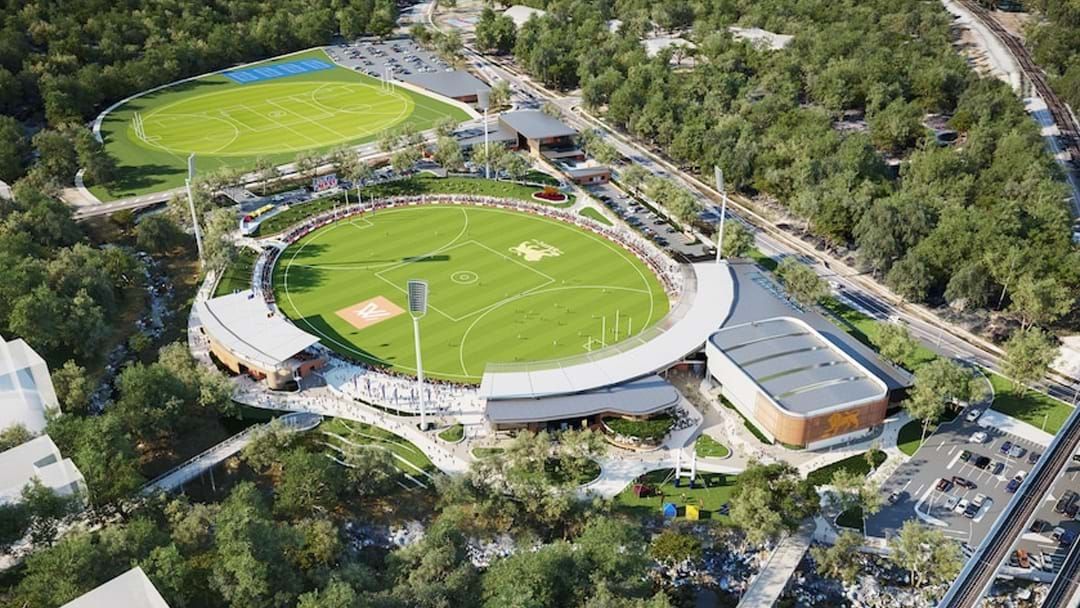 Brisbane Lions will kickstart a new era this October, moving from their current home to a high-performance hub in Springfield, west of the city.

The $80 million construction project of Brighton Homes Arena will include a 10,000-seat Michael Voss Oval, with developments on track by season's end.

Equipped with their own changeroom, both the men's and women's teams will move to the new home, 30 minutes from Brisbane.

The AFLW side will compete for premiership points, however the men will remain at the Gabba.

The major investment is officially the biggest infrastructure spends from an AFL club, surpassing West Coats's $60 million spent on a 2019 facility unveiling.

A major development for the AFLW side, Lions chair Andrew Wellington is pleased to supply equal facilities to both professional environments.

"We think this will be a benchmark not just in Australian rules football, but across female professional sport, full-stop," Wellington said.

"For those that have been involved in AFLW since it started, there's a real mix of facilities for women as they travel around the country, and they are elite athletes."

"This is going to be the first purpose-built stadium, and the change rooms and facilities for them are first class.

"Athletes want to be in an environment where you're giving them the best chance to be successful, so when we can create this environment out here, it's a great attribute to retain players and attract new players hopefully."