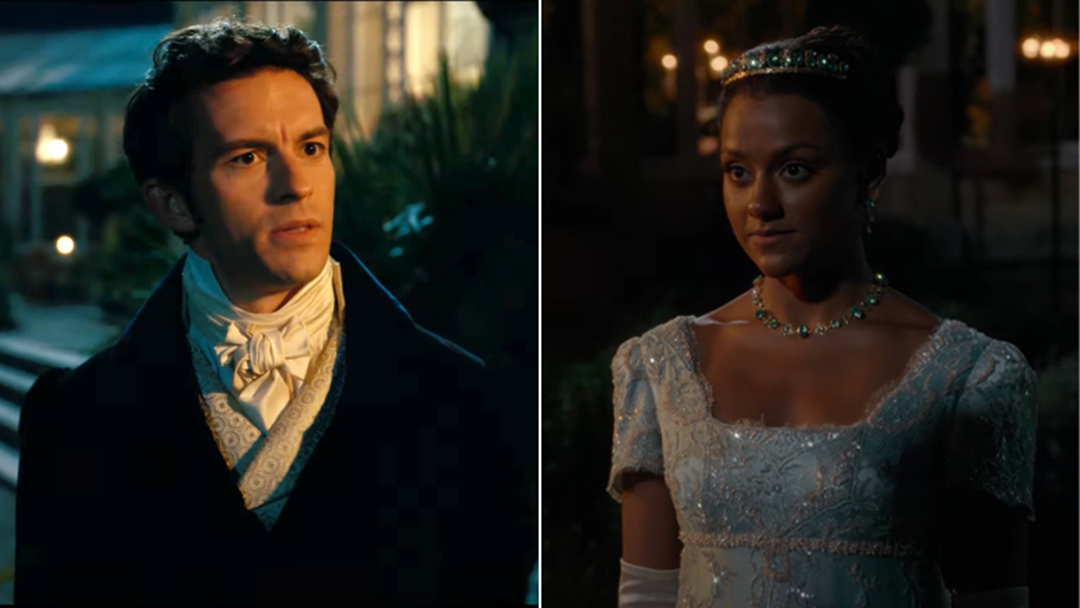 We might not have the handsome Duke of Hastings in the next season of Bridgerton, but we have a whole new fascinating story coming our way!

Netflix has given us the first look at Bridgerton season 2, following the story of Lord Anthony Bridgerton and his journey to love.

As you'd know if you're a Bridgerton fan, the show is based of Julia Quinn's books, with each one following all 8 of the siblings. So, we can expect a lot of fire, steamy scenes and scandal!

Luckily, we have a first look at season 2 and Anthony get's ABSOLUTELY ROASTED by his love-interest-to-be, Kate Sharma:

Now, this is what Julia Quinn's The Viscount Who Loved Me book is about:

Contrary to popular belief, Kate is quite sure that reformed rakes do not make the best husbands, and Anthony Bridgerton is the most wicked rogue of them all. Kate's determined to protect her sister, but she fears her own heart is vulnerable. And when Anthony's lips touch hers, she's suddenly afraid she might not be able to resist the reprehensible rake herself.

If there's one thing we DO know, it's that they're not following the books entirely, making them more loosely-based. But if that synopsis is anything to go by, we are on the edge of our seat!

So, when can we expect the second season of Bridgerton? Not until 2022! Let's just say, it can't come quick enough!

Netflix Has Announced Bridgerton Is Getting A Spin-Off Series!