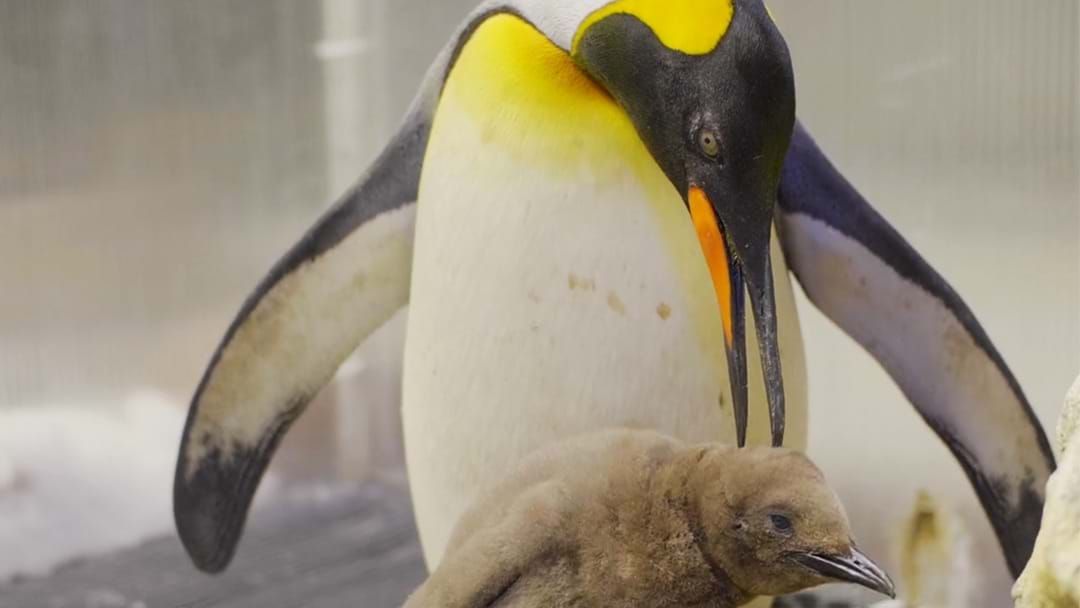 Sea Life Sydney Aquarium has announced the arrival of an adorable King Penguin Chick and we literally can’t even deal right now!

The chick was born on 25th March, weighing 191g. After eight months, the sex of the chick will be determined and the team will announce the little one’s name.

With Mother’s Day happening last weekend, the Aquarium celebrated the arrival of their new chick, and the incredible role that the dedicated penguin keepers have played by stepping in as surrogate mothers when its own mum and dad struggled adapting to their roles as first time parents.

The unnamed chick wasn’t feeding well under the care of parents Forrest (father) and Aurora (mother) but thanks to the work of the devoted penguin keepers who collectively worked around the clock to also hand feed the chick, the noisy little one received the best start to life.

Keepers confirmed that the chick now absolutely loves its food - with whitebait being the food of choice!

The chick is currently in a crèche under the watchful eye of dad Forrest at SEA LIFE Sydney’s Penguin exhibit.

While first time mum Aurora isn’t playing an active role in raising the chick - the lucky little one has a team of ten doting surrogate mothers that also ensure it receives lots of motherly love.

The chick is hand fed fish that has been gutted to ensure there’s no plastic inside the stomach.

This is very important as plastic pollution is a major threat to penguins in the wild with many of the fish on their menu consuming micro-plastics.

The young penguin will play an important role as an ambassador for the King Penguin species and they hope it will encourage the public to consider ways they can be more environmentally conscious.

Guests can see the chick in the crèche close up in the Penguin Expedition exhibit at SEA LIFE Sydney Aquarium.

For those looking for a more intimate encounter with the rest of their penguin colony, a Penguin Passport experience allows you to enter their icy wonderland to witness penguins waddle, hop, slip and slide along the ice right in front of you.