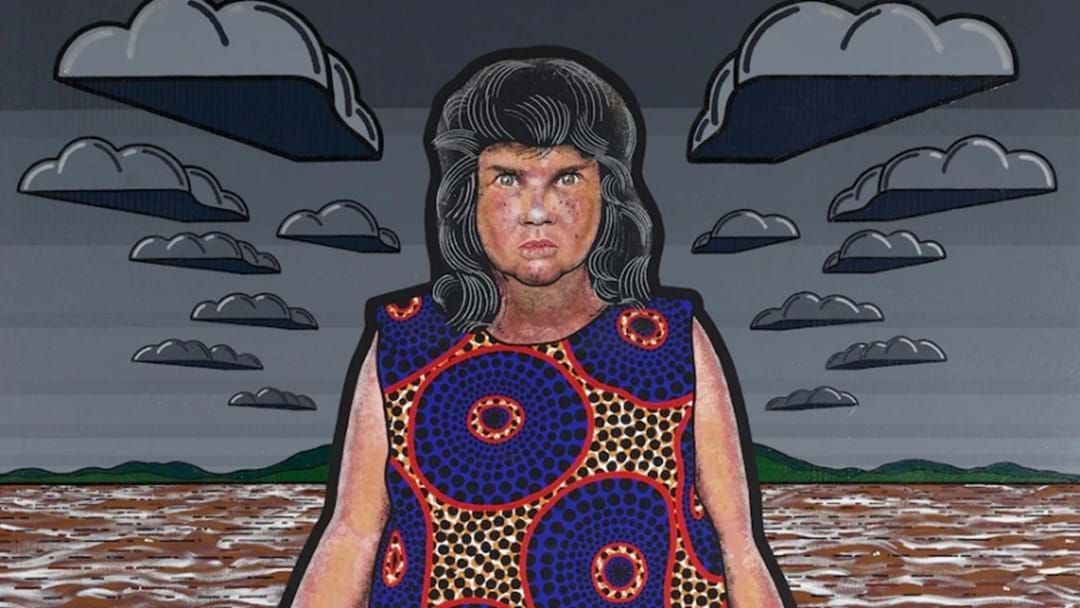 Australia's prestigious Archibald Prize has been won by Blak Douglas for his portrait of fellow artist Karla Dickens.

Born Adam Douglas Hill to an Aboriginal father of the Dunghutti people and an Irish-Australian mother, Blak Douglas changed his name to avoid confusion with comedian Adam Hills when his work began to garner notoriety.

With a penchant for graphic illustrations with a social justice bent, the self-taught painter said winning the Archibald was like “winning an election campaign.”

Titled 'Moby Dickens', the portrait has Dickens, a friend and "legendary practitioner", knee-deep in Lismore's muddy floodwaters holding a leaking pail of water in each hand, looking grumpy.

The portrait speaks to Dickens's frustration with the government over its inaction to the February and March floods.

Accepting the award on Friday, Douglas said “This painting represents 20 years of taking a risk and pursuing a dream, surrendering normalised employment. I’m sure many of my artist colleagues can relate to that.”

“It was post the big floods and it was horrible to see it underwater,” he said. “Painting her in water is such a literal metaphor for everything we’re embroiled in right now. Globally and domestically – and there’s a sneaky, cryptic kind of metaphor in there about the art world. She insisted that she should be painted with a bucket that is leaking.”

The second Indigenous artist to win the Archibald prize in its 101 years, Douglas was influenced by the elements while painting in Grafton and Lismore.

“There are 14 clouds in the painting. It rained nonstop in Lismore – 14 days and 14 nights of rain, it was quite biblical. And I’m really stoked to have my trademark clouds for the first time in an Archibald entry.”

While the $50,000 Wynne Prize for landscape painting was awarded to Nicholas Harding for his work Eora.

The Archibald, Wynne and Sulman Prizes 2022 will be on display at the Art Gallery of NSW until August 28, before heading off on a national tour.

For details on the 2022 Archibald Tour dates head to artgallery.nsw.gov.au