Music NewsBillie Eilish Steps Into The World Of Confectionery

Billie Eilish Steps Into The World Of Confectionery 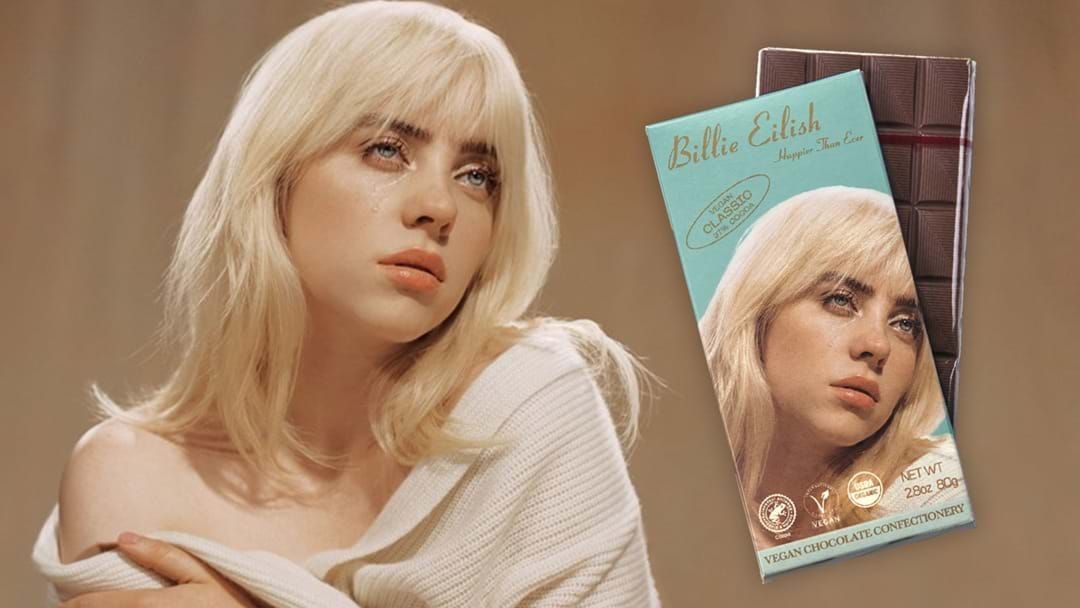 Do you happen to a) like Billie Eilish and b) have a sweet tooth? We’ve got some great news for you!

The pop megastar/vibe queen/voice of a generation has just announced she’s made a step into the world of confectionery, debuting a chocolate bar which ties into her latest album, Happier Than Ever.

Catch the moment Billie absolutely nailed a moving Beatles cover at the Oscars:

Sharing its name with the smash album and respective tour (hitting Australian shores next September) the Happier Than Ever Vegan Classic Chocolate Bar is 100% vegan, 100% kosher and 100% on our cheeky Christmas lists.

Here’s the kicker; the bar costs $14AUD and is universally sold out.

While we can’t deny the existence of the ‘vegan tax’ (which sees Aussies paying up to double the amount as the equivalent animal products), it’s safe to assume Billie’s star-power has pushed her merchandiser to bump those prices up.

We still want it though, can't lie.