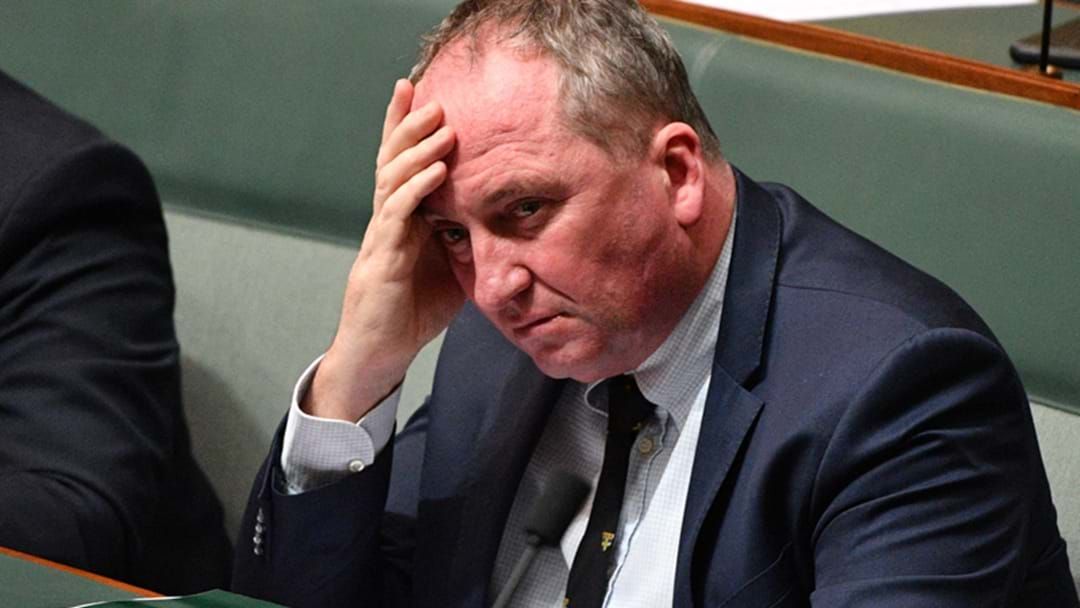 Former deputy prime minister Barnaby Joyce says his own struggles to make ends meet on a $200,000-plus parliamentary salary inspired him to break ranks and call for a rise in welfare payments for job-seekers.

Mr Joyce, a father of six, is supporting his estranged wife and their youngest daughter, who's in boarding school, as well as his current partner Vikki Campion and their two young sons.

The New England MP, who earns about $211,000 a year, says he's turning the heater off at night, killing his own meat, not going out for dinner and buying cheap groceries.

"It's not that I'm not getting money, it's just that it's spread so thin," he told The Courier-Mail on Monday.

"It's just a great exercise in humility, going from deputy prime minister to watching every dollar you get."

Mr Joyce has stressed he is not "skint", but his daily cup of coffee is cause for excitement.

"So the big thrill of the day to be honest is a cup of coffee. We (he and Vikki) rarely if ever go out for dinner."

Mr Joyce has recently joined calls for an increase of the Newstart unemployment benefit, which hasn't risen beyond inflation since the mid-1990s, in the face of federal government opposition.

"I am working out on a very, very good salary how you make two ends when you're supporting basically two families," he told Seven's Sunrise program.

"God knows how someone on $280 a week ever gets by; I don't know how they do it. It would be near impossible."

Labor's Joel Fitzgibbon said the sentiment is proof people are finding it hard to get by on Newstart under the coalition government.

"Whatever the cause of Barnaby's epiphany, it is really good he has now acknowledged that after six years under this government, people are doing it very, very tough," he said.

One Nation Senator Pauline Hanson had harsher words for the MP, saying many people would want to be earning his wage.

"What a ridiculous stupid way to explain himself," she told Nine's Today program.