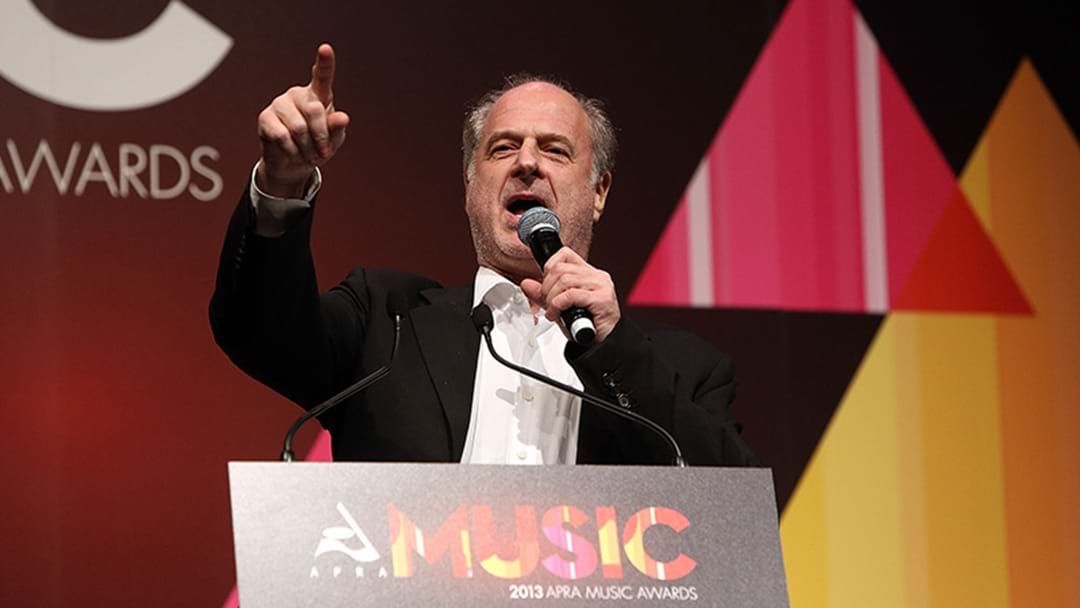 The Australian music industry is absolutely devastated following the news that industry legend Michael Gudinski has passed away, age 68.

A statement from Mushroom Group explains that he died peacefully in his sleep at his home in Melbourne on March 2nd.

Having launched his career as a passionate young music lover in the 60's, Michael formed Mushroom music in 1972 working with Jimmy Barnes, Paul Kelly, The Teskey Brothers, Split Enz, Kylie Minogue, Skyhooks and so many more.

In 2006 he received an Order of Australia for his great work with local and international talent and most recently he worked on bringing live music back with the 2021 Sounds Better Together concert series and TV show by the same name.