"His friend got it and became impotent" 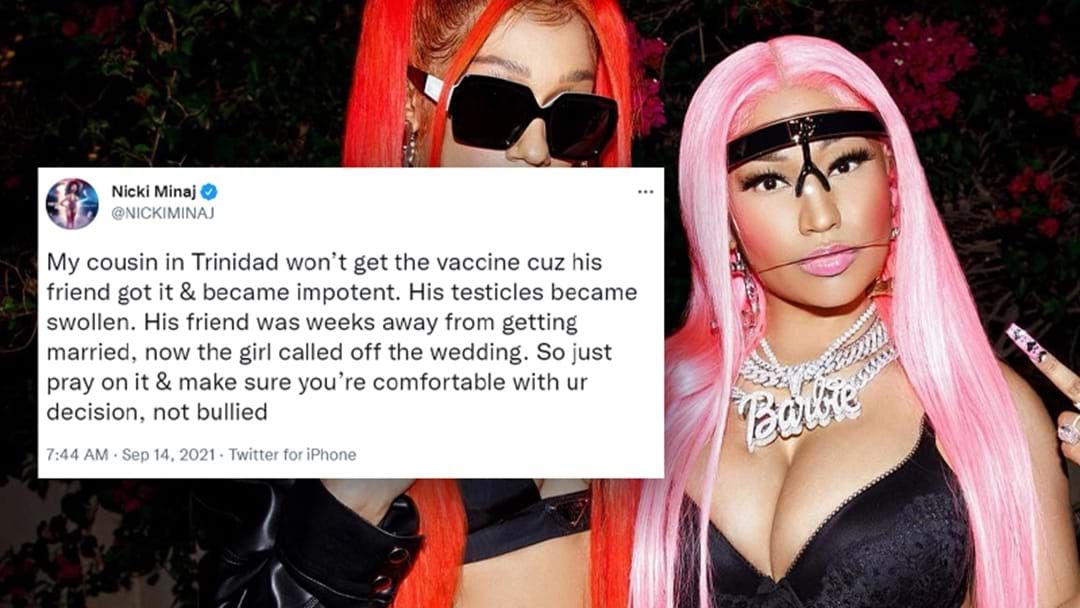 We’ve heard plenty of wild conspiracy theories lately, but this one definitely takes the cake.

Nicki Minaj will be missing this year’s Met Gala after refusing to get the jab, citing the most out-there theory we’ve heard to turn down the vaccination.

Taking to Twitter, Minaj claimed the jab caused her ‘cousin’s friend’ to suffer swelling in a region where swelling *definitely* shouldn't occur, ruining his marriage in the process.

In a hilarious turn of events, Minaj’s claims about the side-effects of the vaccine encouraged NSW Health to make a bold statement in the form of a meme.

Will NSW Health be the target of Nicki's next diss track? We can only hope.