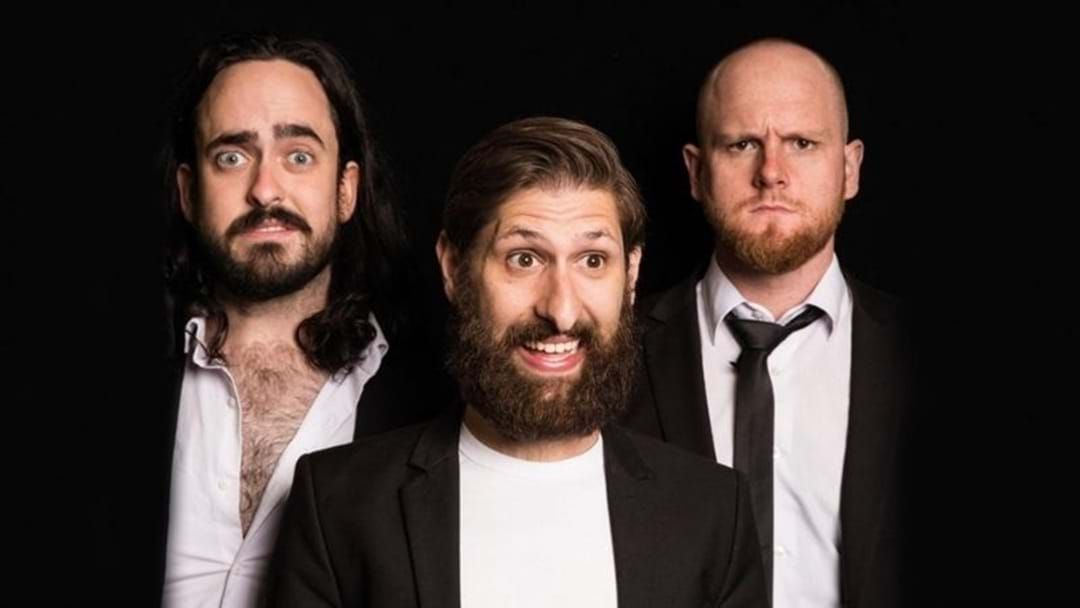 Broden Kelly, Six episodes of outrageousness, came together in 2012, have their own YouTube channel which has evolved into a Netflix special, boys are all victorian, themes famous of the three because of his Coles ads, how hard is it to pitch a show to Netflix, tells us how the show came about, never thought it would happen, what was it like filming during COVID, were forced quarantine, luckily they got out before it got too serious,  was it hard not to break character, which sketch didn't make it on the show,

If you're looking for a good laugh, check out "Aunty Donna's big ol house of fun" on Netflix by Victorian comedy trio Broden Kelly, Zachary Ruane and Mark Samual Bonanno.

The hilarious six episode show is jam-packed with outrageous and nonsensical sketches that will have you in absolute stitches and at times, genuinely confused. The trio initially got together back in 2012 and have since toured Australia performing comedy festivals, shows and created their own Youtube channel.

This morning, Tim & Jess spoke with one third of the trio Broden Kelly about the recent release of the Netflix special.

Broden tells us how they managed to land their own Netflix show, whether he finds it difficult not to break character during sketches and what it was like filming during the beginning of the OCVID-19 pandemic.