Entertainment NewsApparently Rupert Grint A.K.A Ron Weasley Earned Himself Quite The Reputation On Set

Apparently Rupert Grint A.K.A Ron Weasley Earned Himself Quite The Reputation On Set 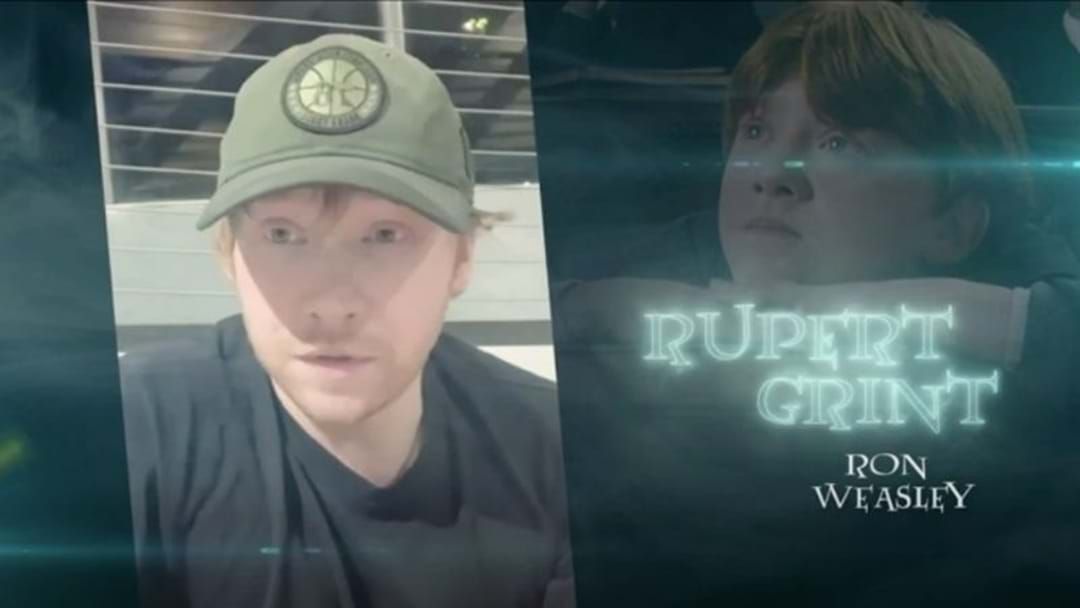 Can you believe it’s been 19 years since the first Harry Potter movie was released?

Since then, many Harry Potter fans have moved on to have little wizards of their own, but each time the enchanting chimes of the most recognisable theme song in the world reaches our ears, the memories are as fresh as the first time we laid eyes on baby Harry engulfed in blankets and cradled by a friendly giant.

Aside from Tom’s mesmerising performances, the highlight of the reunion was finding out that Rupert Grint had earnt himself quite the reputation on set.

Apparently, Rupert had a terrible habit of bursting into laughter during filming and often at the most inappropriate of times.

"I remember on Potter it would always be the most inappropriate scenes, like Dumbledore’s funeral was a particularly bad one for some reason, I found that absolutely hilarious," said Grint.

“It's still a problem, it’s something I've never been able to shake and even making this video I'm on like, take 20.”

Supposedly, this earnt Grint the nickname “Go Again Grint” as it would often require multiple takes to complete scenes and sometimes even separating Rupert from his cast mates.

"It's quite hard to explain, because it's never really anything in particular I'm laughing at," he said.

Daniel Radcliffe also got decent screen time during the virtual reunion, commenting on how fast time has passed since the Philosopher’s Stone was released in 2001.

"It seems impossible that all that time has passed... it all obviously feels very fresh still, because they were some very formative years," said Radcliffe.

He also hinted that there will be more for Potter fans to look forward to for the 20th anniversary in 2021.

"I feel like we'll be doing a lot of reminiscing in various forms next year."

So, hold onto your wands Potter heads, because I dare say we are in for one hell of a magical reunion next year!