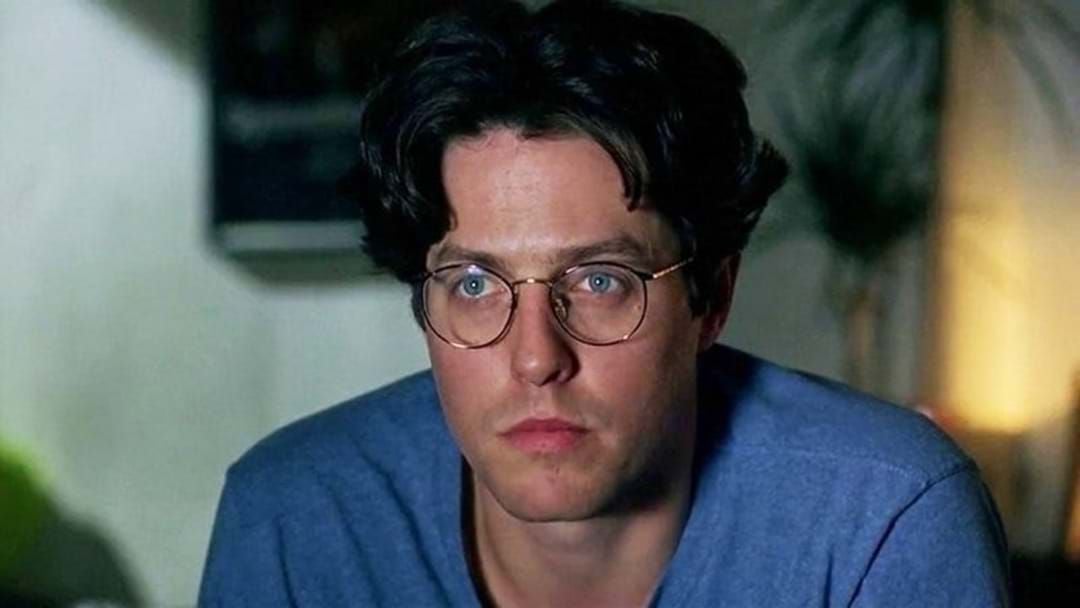 It's already been a really long year and many of us have been coping by drowning ourselves in rom-coms and light hearted comedies to ease the pain of 2020, because who doesn't love a bit of escapism?

This week, one of the rom-com genres elite has pretty much written off the idea of doing another rom-com and I'm not gonna lie, we're a little heart broken.

You'd recognise this dapper chap from such films as Bridget Jone's Diary, Notting Hill and Four Weddings and a Funeral.

Yep, it's none other than Hugh Grant and he has single handedly crushed our hopes and dreams during an interview with HBO for his latest project 'The Undoing' with Nicole Kidman.

When asked if he'd consider starring in another rom-com, Hugh dryly says "I would like to do a sequel to one of my own romantic comedies that shows what happened after those films ended. To really prove the terrible lie that they all were: that it was a happy ending."

"I'd like to do me and Julia and the hideous divorce that's ensued," he said, in reference to Notting Hill, "...with really expensive lawyers, children involved in tug of love, floods of tears. Psychologically scarred forever."

He then followed this up with a dark laugh before finishing with "I'd love to do that film."

So uh, yeah, stick a fork in it because 2020 is officially cooked and not even the charming, floppy haired Hugh Grant can save us.

We know that most love stories are pretty much completely made up of hopes and dreams but he definitely did not need to point that out for us. Just let us have this Hugh!

In a separate interview, the heartthrob also stated that he's happy to leave his "charming leading man" days in the past and is enjoying playing "more character-y roles"... whatever that means; he also added he needed to figure out what type of guy he wants to be "not just a 'dreamboat.'"

To be honest, after years of playing similar roles, that's probably fair enough. I guess we'll just have to make do with the memories we have of Hugh deep in love and dancing through hallways in Love Actually.