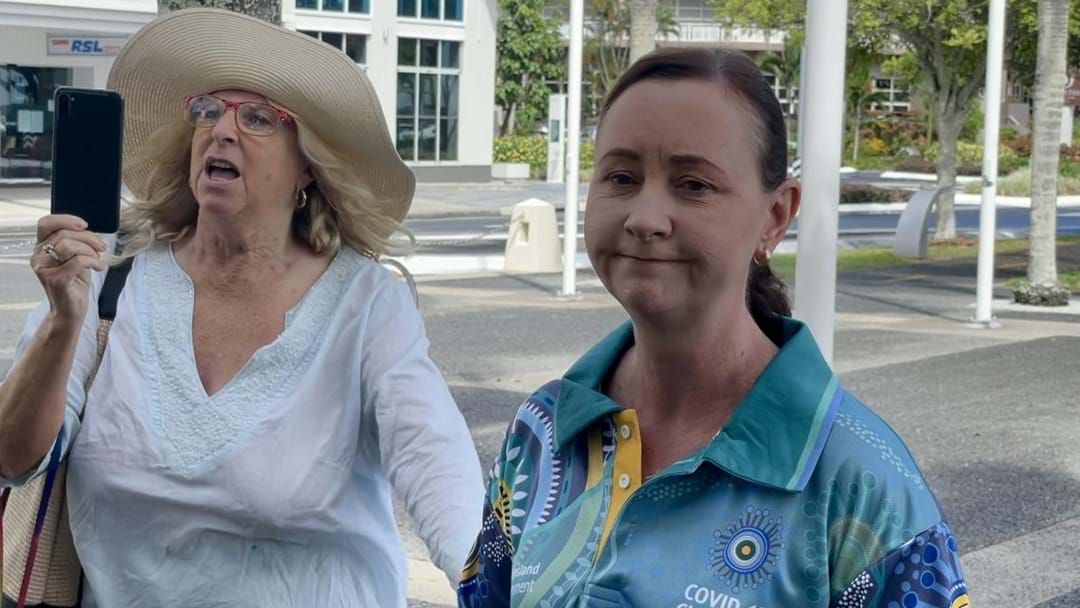 Queensland Health Minister Yvette D'Ath was forced to end her press conference early after an anti-vaxxer interrupted her.

D'Ath was speaking in Cairns about the regions push to roll up their sleeves for a jab.

The woman barged into to exclaim her anti-vaccination theory, firing off allegations about the effect of vaccination.

“Communism’s taking over,” she declared. “They’re opening the borders, darling, and they’re spreading it.”

D'Ath was forced to abruptly end the press conference, as the woman continued.

The Health Minister was in Cairns to spread awareness to a regional area about their low rate of vaccination, and how she will be attending pop-up vaccination clinics across the Far North.

“What we know is in the Cairns area, the First Nations vaccination rate is about 30 per cent below the general vaccination numbers,” she said.

“So we need people to be coming out and getting vaccinated.

“We need to make sure that our First Nations communities are protected, because this virus is going to be coming across our borders very, very soon.”