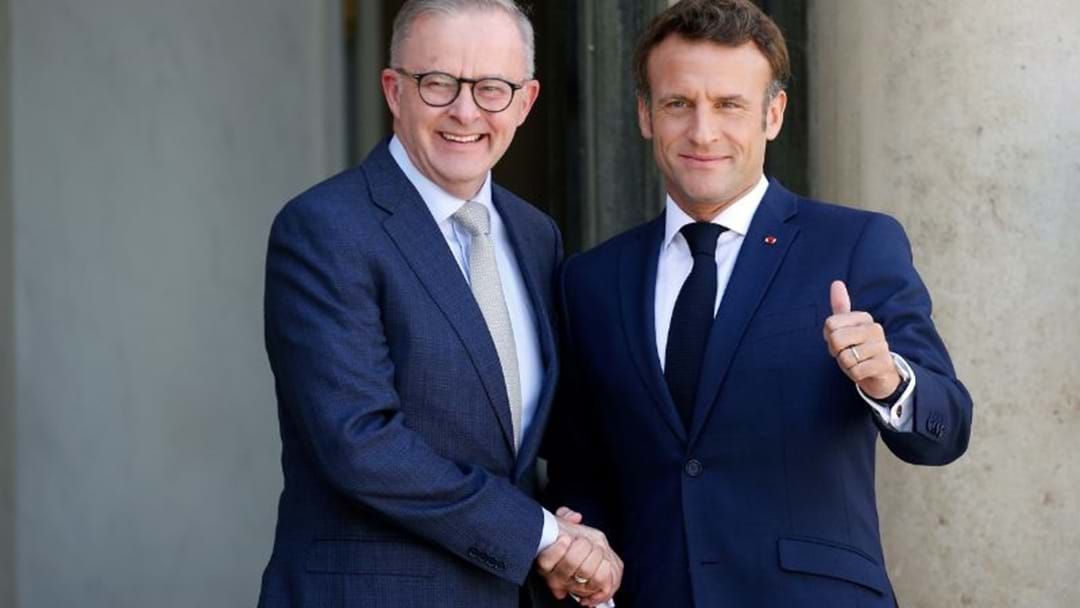 The Prime Minister’s visit is the first meeting of the two countries since the disagreement over the submarine contract last year.

Albanese said he hopes his visit can be the beginning of a “new start” for France and Australia.

"Australia's relationship with France matters. Trust, respect and honesty matter. This is how I will approach my relations."

President Emmanuel Macron said Prime Minister Albanese’s visit indicates “a willingness to rebuild a relationship of trust between our two countries, a relationship based on mutual respect".

The relationship between France and Australia became strained after former Prime Minister Scott Morrison backed out on a multi-billion-dollar submarine deal with the French Naval Group in 2021.

Morrison instead struck up a deal with the UK and US for nuclear-powered submarines as part of the trilateral AUKUS alliance.

Morrison’s move caused bad blood between the countries with President Macron claiming Morrison had lied about the submarine deal.