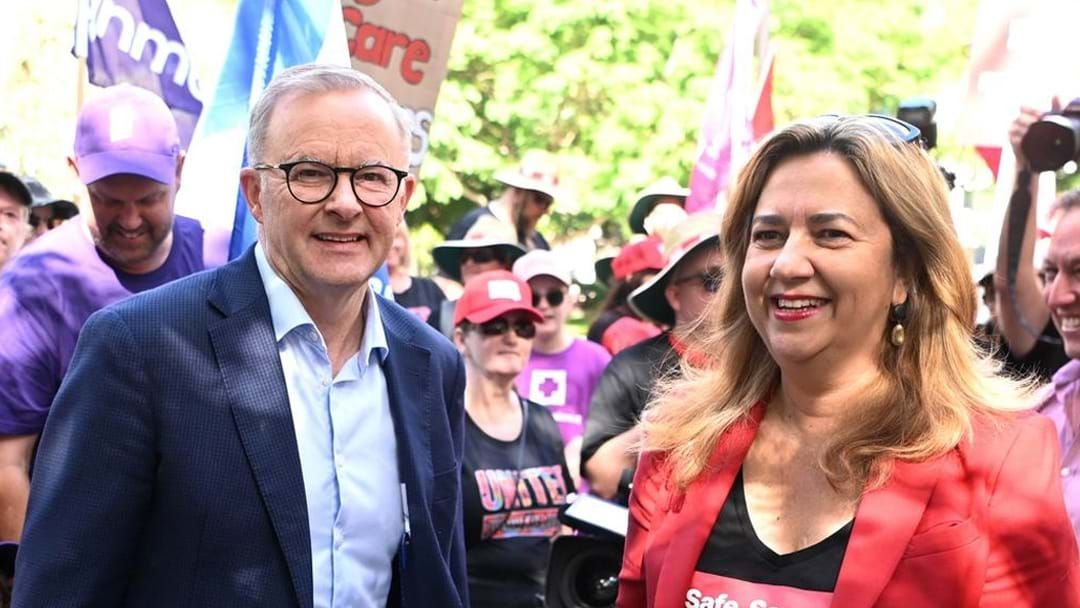 Thousands of union members have flocked to Brisbane's CBD, as roads are shut-down for the state's annual Labour Day march.

The march kicked off in Wharf Street, Spring Hill, the opposition took its opportunity to stand with other leaders to thank health workers and first responders for efforts during the pandemic.

Albanese utilised a presser with the Queensland Premier to draw-in potential voters, who once again criticised Scott Morrison over his handling of the pandemic years.

"The prime minister of this country had a golden opportunity to unite this country," Palaszczuk said.

"And during a pandemic he chose to divide.

"He chose to attack Queensland and Victoria and attack with this country need someone who will unite this country, and I believe that Anthony Albanese is definitely the person to do this job."

The public holiday is a celebration of the eight-hour work day, beginning in 1856 as workers took strike action before winning the eight-hour day as a general industry standard.