“He doesn’t need my advice” 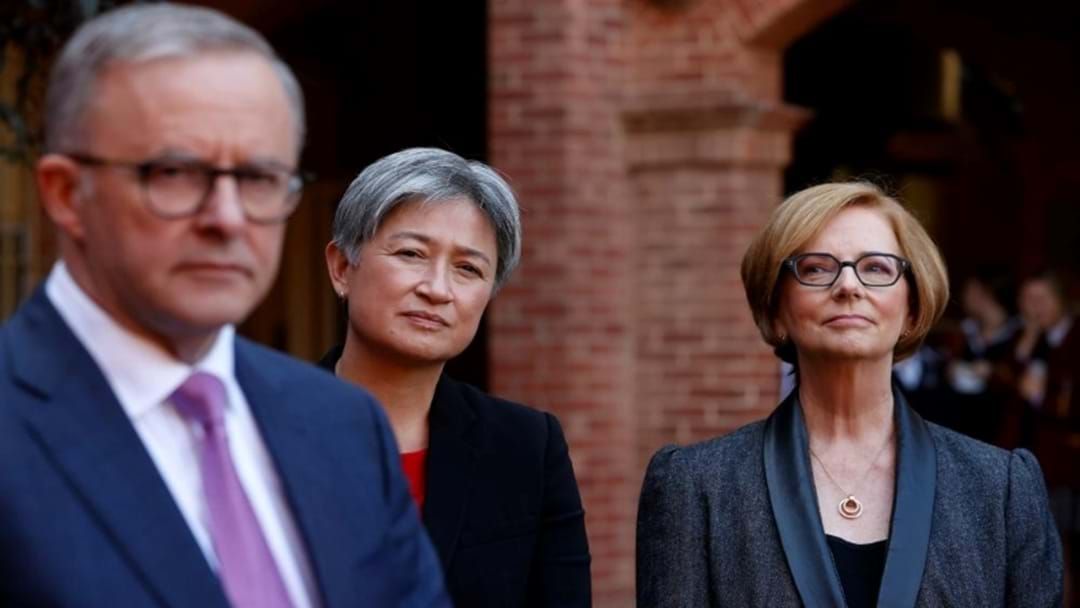 Former prime minister Julia Gillard has joined Anthony Albanese on the last leg of the election campaign in the South Australian seat of Sturt.

With a very big push for women voters during the SA press conference, when asked whether changing government was enough to change the culture in Parliament House, Julia Gillard replied:

"To change the culture of Parliament House you’ve got to include more women. And as a political party, we took that decision as long ago as the early 1990s. I am of that generation of Labor women."

"As a result, the Labor party is a much more diverse party, a stronger party, and our political party sends around half men, half women, to the parliaments of Australia, the national parliament and the state parliaments," she said.

Asked whether she had any advice for Mr Albanese, the former Labor prime minister said that “he doesn’t need my advice”.

Flagged by Premier Peter Malinauskas, the pair were mobbed by teenagers requesting selfies, who took the opportunity to see what the Opposition leader was like up close.

In Adelaide trying to lock in Labor seats in Boothy and Sturt, the rock-star campaign appearance of Ms Gillard signifies a strong endorsement, with the former PM mostly keeping away from politics.

While in Adelaide, Mr Albanese will be plugging his SA election commitment to overhaul the Flinders Medical Centre.