We need their skin-care routine, pronto! 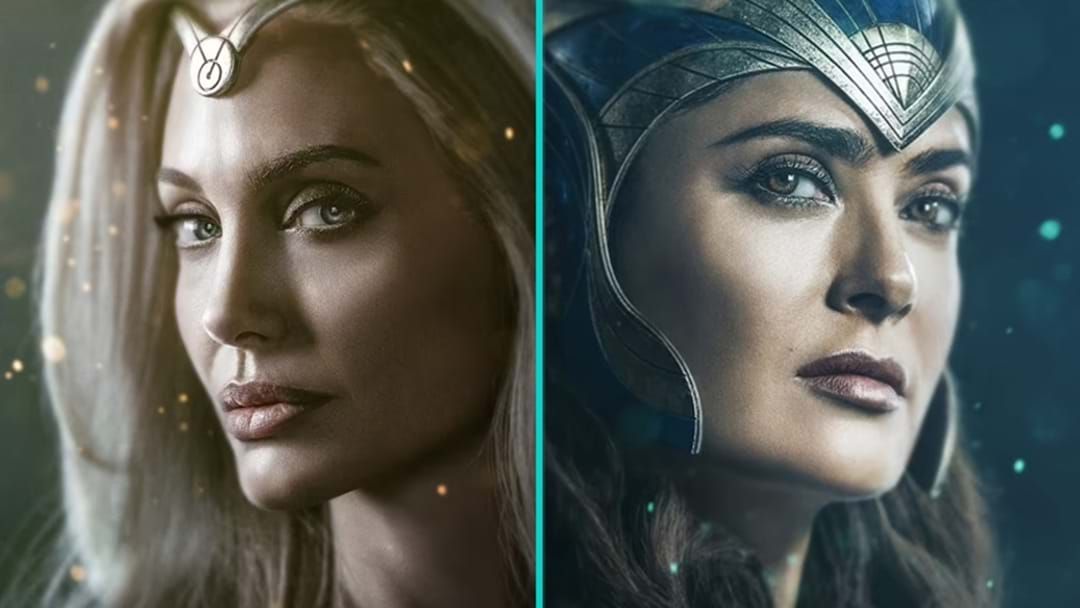 Disney have released character posters for their upcoming superhero flick, The Eternals, and all we’ve got to ask is… How have Salma Hayek and Angelina Jolie not aged since the 90s?!

Hayek and Jolie shine in a star-studded cast, acting alongside Kit Harington (Game Of Thrones), Richard Madden (1917), Gemma Chan (Crazy Rich Asians) and Kumail Nanjiani (The Big Sick), among others.

Check out the character posters:

The movie, which is the 26th film in the Marvel Cinematic Universe, follows the titular superhero team, The Eternals, as they reunite to fight ‘against mankind’s oldest enemy’ (whatever that means).

Slated for a November 4th release date, Marvel fanatics won’t have to wait long to catch the new flick in cinemas.

Remember that itsy-bitsy Black Widow feud? Find out how it ended: