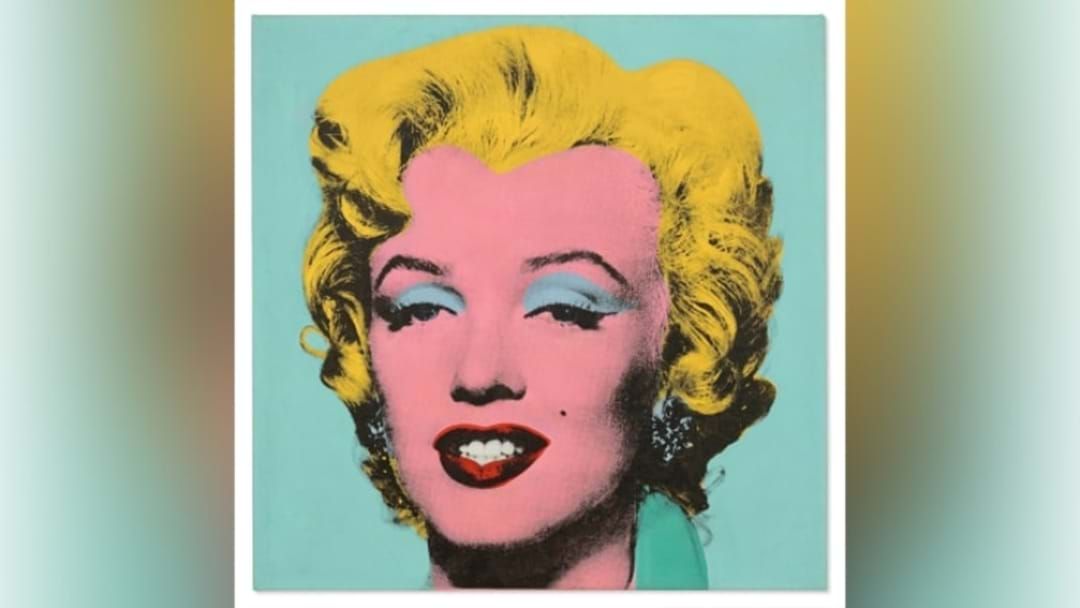 One of Andy Warhol's iconic Marilyn Monroe portraits has sold at auction in New York for a record-breaking AU$281 million.

Going under the hammer at Christies on Monday evening, the painting titled, Shot Sage Blue Marilyn, was created by Warhol in 1964, and was one of dozens of images the artist made of Monroe during the 1960s.

The 40-square-inch acrylic and silk screen on linen, captured originally from a publicity still from her 1953 movie "Niagara" is part of a five-painting series, four of which are referred to as the Shot Marilyns.

One of Warhol’s most recognisable images of Monroe, Shot Sage Blue Marilyn has become over time the cornerstone of Pop Art.

Described as "one of the rarest and most transcendent images in existence" by Christies, Marilyn has previously been shown at the Guggenheim Museum in New York, the Centre Pompidou in Paris and London's Tate Modern.

Headlining 36 works that had been in the collection of Swiss art dealers Thomas and Doris Ammann, proceeds from the sale of the iconic painting along with the entire collection will go to the family's foundation’s investing in global healthcare initiatives for underprivileged children and young adults.

The record sale has become the most expensive 20th century artwork to ever sell at auction; and the second most expensive publicly sold artwork in history, after Leonardo da Vinci which sold for $US450 million.