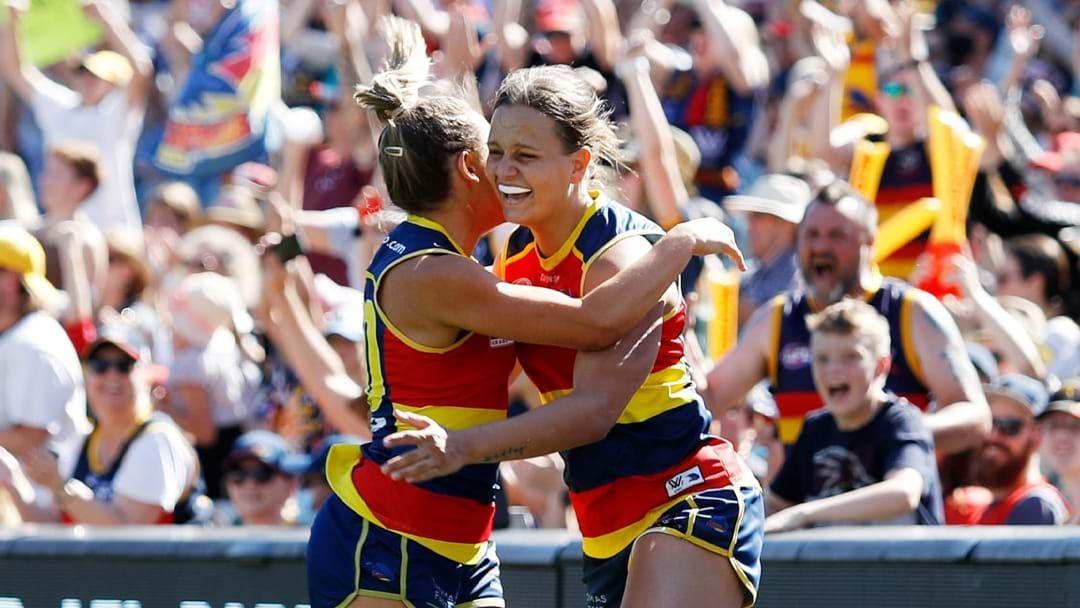 Adelaide Crows have etched their place in the AFLW history books, standing tall against Melbourne to claim their third premiership since the league's inception.

Cementing their place as the queens of football, the Crows managed one goal each quarter in front of a home crowd at Adelaide Oval.

Anna Hatchard received honours as the player of the match, collecting 26 disposals to help surge her side forward.

"It's amazing, credit to the team they worked their butts off all year and fell just short last year. And you can see the jubilation today," Hombsch told Triple M Footy.

Legend of the game, Phillips - who has been a Crows stalwart in each premiership - shared the pride she has in leading the group to success.

"We just keep turning up every year and wanting to be better. It doesn't matter if we've won before we act like we've never won before," the Crows captain told Seven network.

"We love coming to the training hanging out with each other. It's an amazing group to be part of, it really is something special."