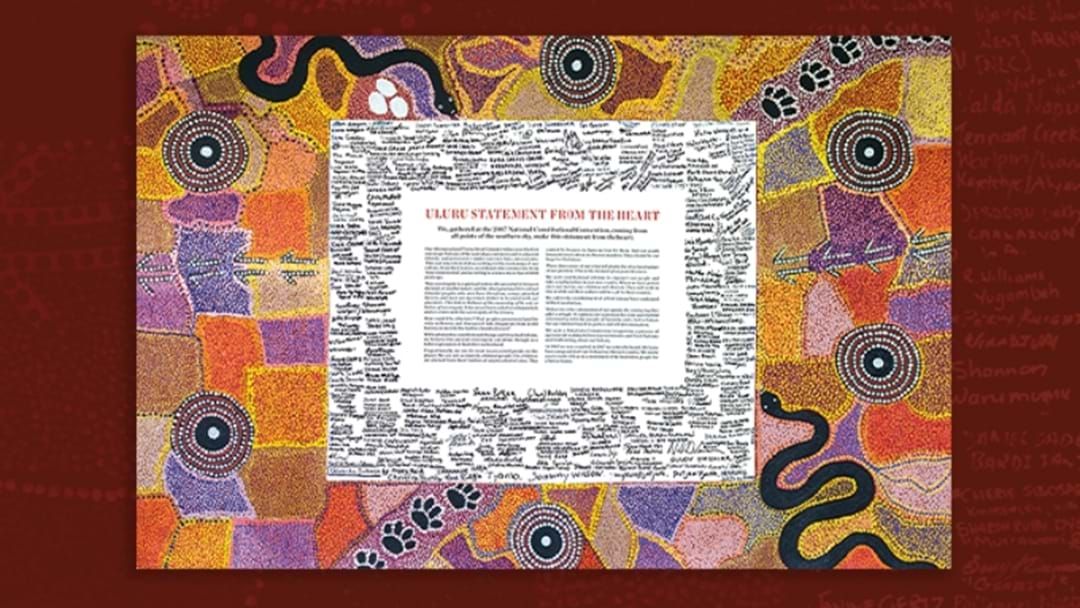 Today marks the fifth anniversary of the historic Uluru Statement from the Heart.

It comes with renewed optimism the Statement will be released, following the newly elected Prime Minister Anthony Albanese's commitment to a referendum.

Mr Albanese's victory speech on May 21, began with a message of support for the Statement:

“I begin by acknowledging the Traditional Owners of the land on which we meet. I pay my respect to their Elders, past, present and emerging, and on behalf of the Australian Labor Party I commit to the Uluru Statement from the Heart in full,” he said.

The Uluru statement will include a First Nations' Voice in the constitution, and Makarrata, a Yolngu word with a similar meaning to treaty, referring to the process of conflict resolution, peacemaking, and justice.

Summarised as Voice, Treaty, and Truth - the Statement, written and endorsed by hundreds of Indigenous leaders, is an invitation to Australians of all race, colour and creed, to join them in their call for structural and constitutional reforms to better improve the lives of Aboriginal and Torres Strait Islander people.

“We seek constitutional reforms to empower our people and take a rightful place in our own country,” the statement reads. “When we have power over our destiny our children will flourish. They will walk in two worlds and their culture will be a gift to their country.”

Professor of constitutional law at the University of NSW and one of the statement's authors, Megan Davis, said the statement is basically a call for change.

“To put it very simply, the Uluru Statement from the Heart is almost like a sales pitch to the Australian people as to why we need constitutional reform,” the Cobble Cobble woman told SBS News.

“The reason for an enshrined voice is that currently in Australia’s legal and political system, First Nations have very little, if any, influence on laws and policies that are passed or written [and] that impact upon our communities,” she said.

“The outcome of that is very poor-quality laws and policies, and a widening of gap and disadvantage. Whether it’s health, education or justice, the gap is getting wider.

“A big part of this is the fact that the Commonwealth does not have to have First Nations peoples at the table when they make laws and policies about our life," she said.

Cementing the First Nations voice into the constitution, means it cannot be removed by any government of the day.

The constitution must be amended through a referendum.