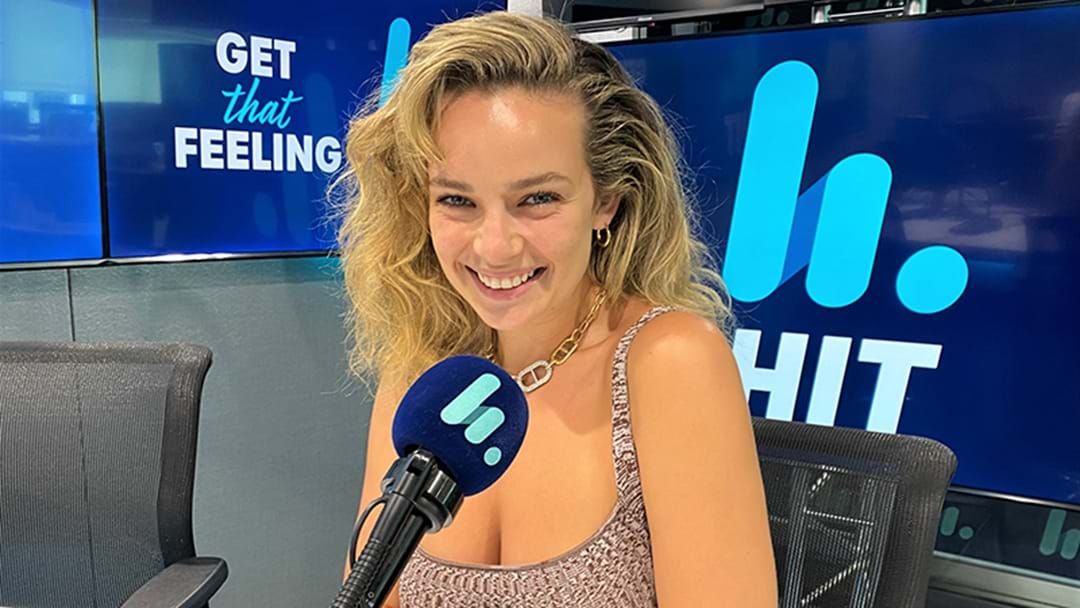 We couldn't be more excited to announce that Abbie Chatfield is joining The Hit Network with her very own show!

The host of LiSTNR’s It’s A Lot podcast, reality TV personality and the ever unapologetic, Abbie Chatfield will host Hot Nights with Abbie Chatfield across 50 Hit stations. The hot new show which airs nationally from 7-9pm weeknights will premiere Monday, January 17.

Chatting about everyone and everything spicy, Abbie will delve into what’s currently firing across entertainment, her own unpredictable life, and her special guests that are brave enough to sit in her hot seat.

There is no topic too taboo for Abbie as she brings her raw and honest personality to any subject. From body image to politics, entertainment and sex, Abbie will not disappoint with her quick wit and outspoken opinions.

Before her hugely successful It’s A Lot podcast, Abbie first became known from her appearances on Network 10’s 2019 season of The Bachelor, season three of Bachelor In Paradise in 2020, and she was crowned 2021’s winner of I’m A Celebrity Get Me Out of Here by popular vote. Now Abbie is set to make her radio hosting debut on the Hit Network.

“I am beyond excited to start Hot Nights! I’m thrilled to be given this opportunity and can’t wait to make this show as amazing as possible for the Hit Network,” Abbie said.

“There is such a fantastic team behind this new show, and we’re counting down the days to when we can bring it to life and have some chaotic fun with our listeners!”

SCA Chief Content Officer, Dave Cameron, said: “Abbie is truly an exciting and refreshing new talent with a huge, growing national audience, who are already glued to her compelling and brutally honest It’s A Lot podcast on LiSTNR.

“We are so excited to watch Abbie let loose on radio every night on the Hit Network across the country with Hot Nights. This will be great fun!”

Abbie will be joined every night by co-host and anchor, Rohan Edwards. Edwards has been with the Hit Network for over six years and joins the show from his most recent role as Afternoons Announcer on Brisbane’s B105.

Max Corstorphan who is the Producer of Abbie’s It’s A Lot podcast on LiSTNR, will now also be Executive Producer of Hot Nights, bringing with him an extensive career resume in television and radio, specifically with the Hit Network.

Very hot and very Abbie, catch Hot Nights with Abbie Chatfield from 7-9pm weeknights across the Hit Network or on the LiSTNR app from Monday January 17.