Yep, you read that right 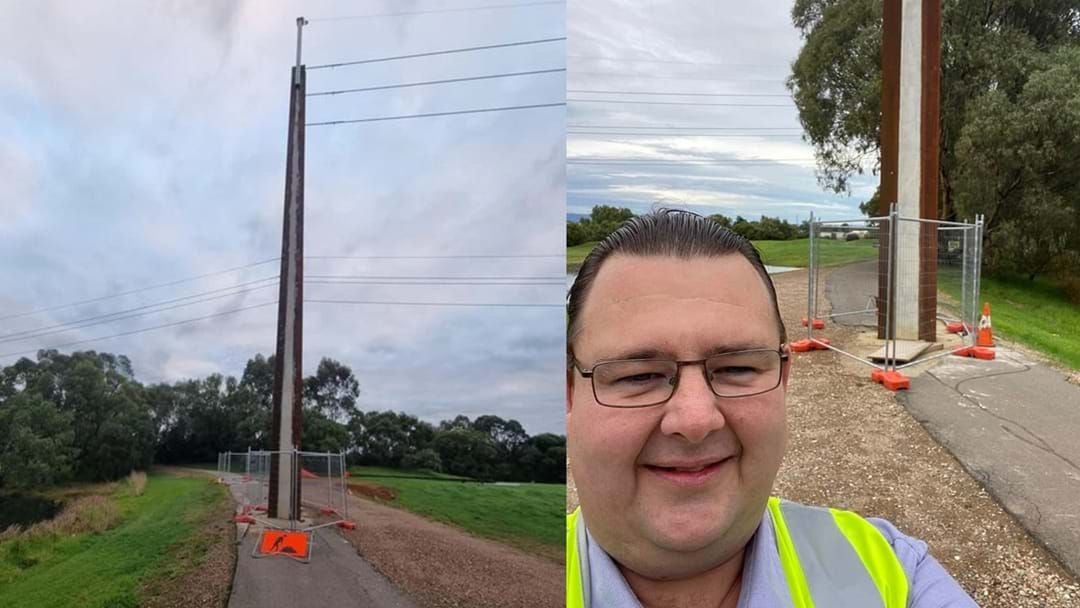 Just north of Glove Derby Park lies the new popular bikepath that allows cyclists to safely ride away from motorways.

In a plot twist however, a Stobie pole had been built in the middle of the pathway without any warning signs for riders.

SA Power Networks said it was restricted with where it could place electricity poles.

Salisbury Council has since been questioned why safety signs or warning flashing lights had not been installed around the giant pole, as well as another pole in a nearby location just to the side of the path.

Buchanan has requested an urgent briefing from council’s administration to ensure no injuries occur on the path.

“I was somewhat perplexed looking at the photo a resident sent me and had to go and look for myself,” he said.

“A Stobie pole in the middle of a path certainly brings a new meaning to a ‘shared pathway’. But jokes aside, it’s a genuine safety issue, which I’ve raised with council staff to follow up with relevant authorities.

“At the very least, until a new path is built, I will be asking staff as a matter of priority, to install warning signs and lighting for the safety of cyclists riding at night.”

An SA Power Networks spokesman said the council was aware of the works and a new pathway would be built once it had finished as soon as possible.

The pathway was built as part of the $867 million Northern Connector project and connects bikeways to form a 46-kilometre link between Port Adelaide and Gawler.