National NewsA Naval Ship Is On Its Way To Rescue 4,000 People Stranded On Victorian Beach

A Naval Ship Is On Its Way To Rescue 4,000 People Stranded On Victorian Beach

After being stranded for days. 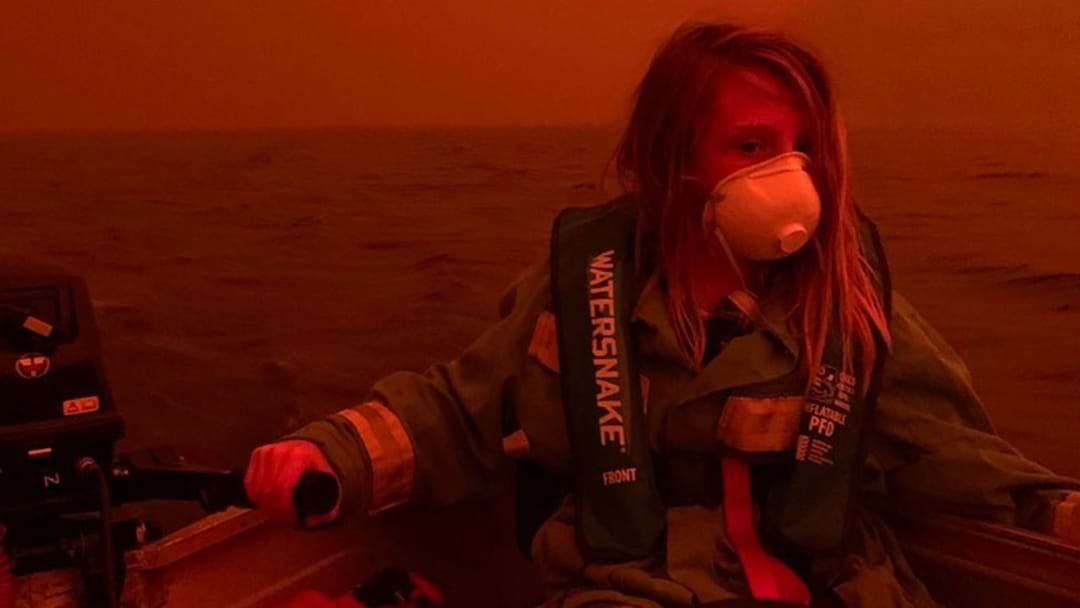 A Naval ship is currently on its way to rescue 4,000 people stranded at Mallacoota, a remote coastal town in Victoria’s East Gippsland.

Upon arrival, the HMAS Choules will also deliver water, food and medical supplies to those who have been stranded for the past two days.

Rear Admiral Jaimie Hatcher confirmed the operation will begin at around 1pm local time, with passengers “relocated to Western Port sometime tomorrow during the middle of the day”, continuing that process at the behest and direction of the Victorian State Emergency authority.

The town became completely cut off by roads on Monday after raging fires engulfed the area.