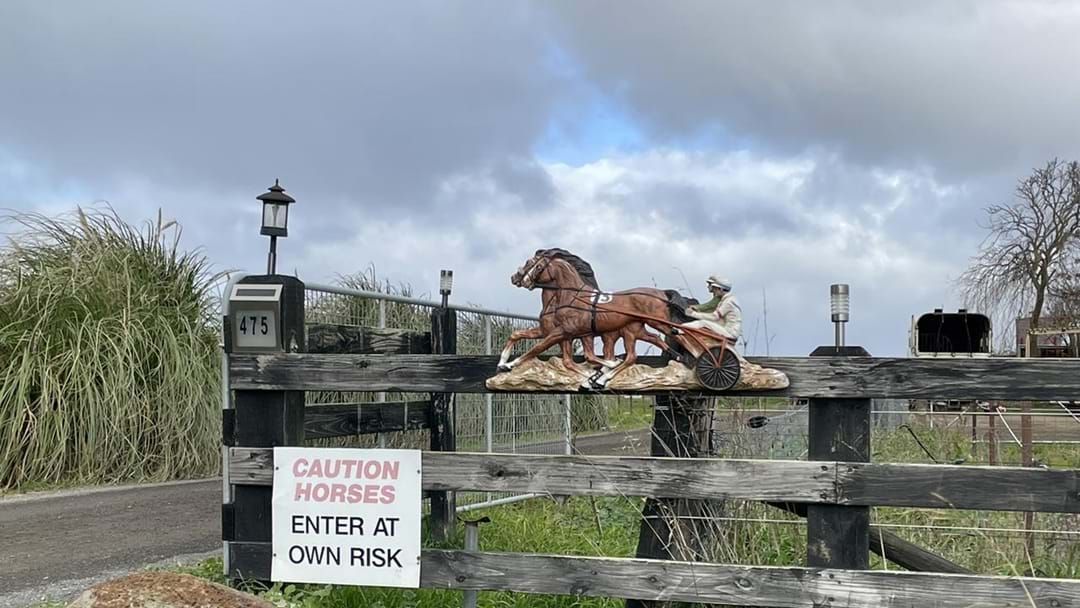 The owners of the dozen horses which perished in a stable fire overnight said they were “distressed” as they tried to save as many of the horses they could.

Police were called to the Mifsud’s Grand Lodge in Forbes, Central Victoria at about 12:30am on Friday when the owners woke to “popping noises."

Upon investigating, they found the hose stables adjacent to the family home engulfed in flames.

The fire was put under control just after 1am and the property was deemed safe by 3:30am.

Four patients were treated at the scene by ambulance for smoke inhalation, including two men in their 50s, a man in his 60s and a woman in her 50s.

While several horses were retrieved as the stables burnt, it is understood 12 horses died.

Harness Racing Victoria CEO Dayle Brown said the industry is reaching out to those involved to assist in the “difficult time.”

“This is obviously a very sad time for the participants involved and for the wider industry who care deeply for their horses,” he said.

“Our thoughts go out to the family, friends and those in the local harness racing industry impacted by this tragic event,” he said.

“I would like to thank our local volunteer brigades, first responders and other emergency services who attended the scene. This would no doubt have been a very confronting and difficult situation and we are very thankful for their efforts.”