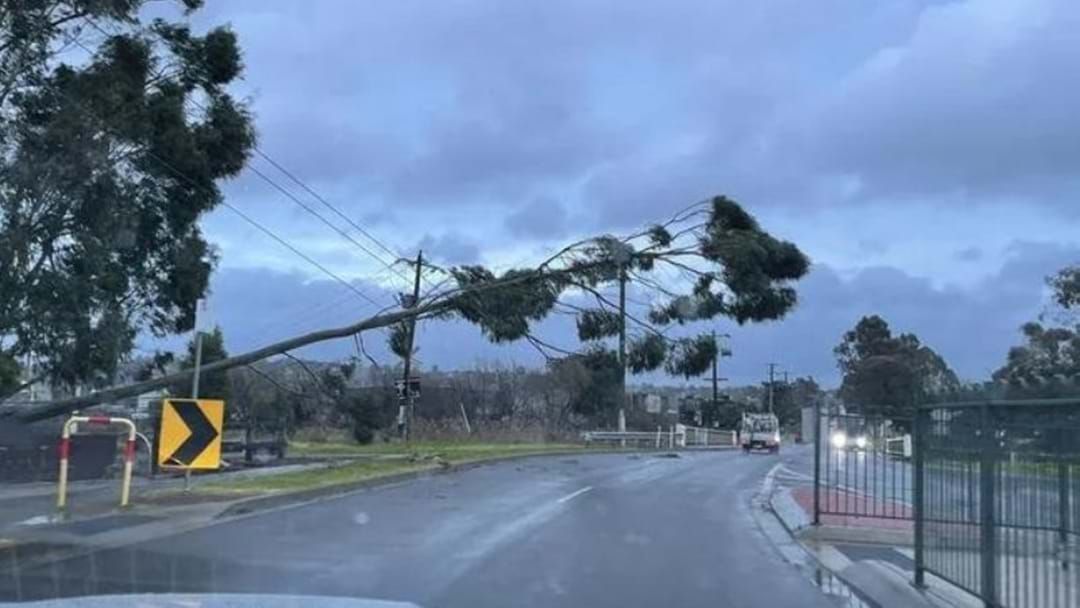 A man's body has been found in flood waters at Woodside, Gippsland on Thursday as severe weather lashes the south-east.

Emergency services were called to Starlings Lane after residents notified them of a car submerged in flood waters.

Officers confirmed the death of a man, believed to be in his 60s, as SES rescuers evacuated the area.

A dramatic storm caused flash flooding overnight and through Thursday afternoon, spreading through parts of the state.

An evacuation order was issued in the Latrobe Valley of Traralgon, with families rescued on top of their home from flood waters.

The Gippsland has been hit heavily, as locals were told to rush at the risk of their homes being submerged.

Rescue crews are working through more than 5000 calls via VicEmergency, Victorian SES chief Tim Wiebusch said most have been related to building damage and fallen trees.

"We can't emphasise enough that driving into floodwaters is the greatest risk you can take," Wiebusch said.

"That is the number one thing where we see fatalities during flooding and it just ties up our emergency services unnecessarily."

The wild weather and Victoria cold snap has left more than 200,000 homes and businesses without power, adding to the closure of major roads and supsension of train services.