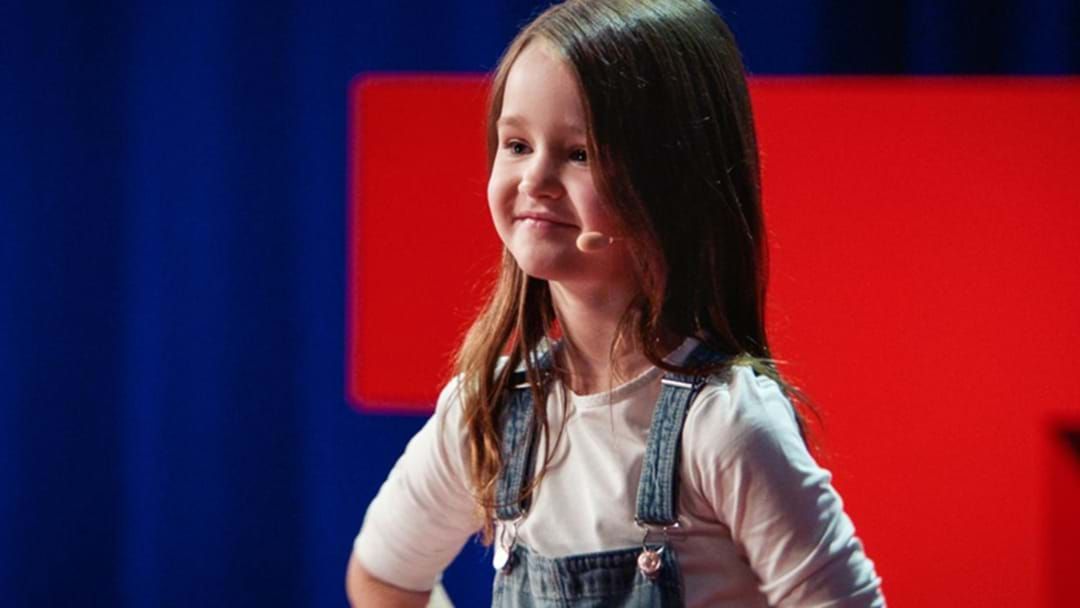 Do most people even remember what they were doing at seven years old?

Queensland’s-own Molly Wright has raised the bar for second-graders across Australia, having recently become the youngest person to have ever given a TED Talk.

Her Talk, which addressed such topics as parents engaging with their phone screens more than their children, was spoken so eloquently and with a vocabulary that had more depth than our own.

Saying we were absolutely shook would be an understatement.

Ms Wright, whose schedule is sure to be jam-packed, made time to check in with Cliffo and Gabi to discuss what it’s like to have accomplished such an amazing achievement at such a young age.

Catch the chat with the well-spoken Ted-Talking student:

To stay up-to-date with all things Cliffo and Gabi, follow the podcast, available on LiSTNR: