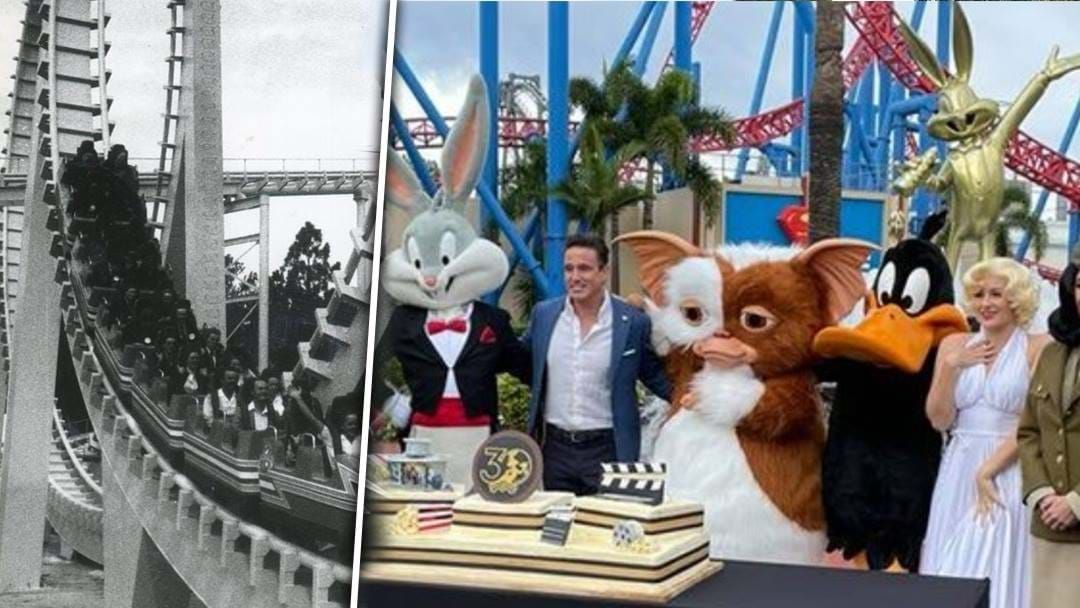 A bronzed Bugs Bunny statue has been revealed, as Movie World theme park celebrates 30 years at its Gold Coast destination.

The three-metre-tall statue of the enterprise's most popular figure, Bugs Bunny, was unveiled on Thursday.

Movie World opened its theme park park on June 3, 1991, which was welcomed in by various celebrities, including Clint Eastwood, Kurt Russell and Mel Gibson.

“Movie World is such an iconic destination and we have been fortunate to have had so many great memories over the park’s 30-year history and we look forward to making many more memorable moments as we head into the future,” he said.

“A massive part of the success of Movie World can be credited to our team and we are extremely proud to have 13 original team members in attendance at the celebrations today, and we would like to acknowledge and thank them for all their efforts on this special occasion.

“Our guests will also be able to join the birthday celebrations as we host the limited time only special event ‘Hooray For Hollywood’ at the park from 26 June to 11 July featuring the park’s biggest parade ever, a massive all-star cast and exciting Hollywood moments.”

The city has embodied itself Australia's theme park capital for nearly 50 years, and the sight continues to boost tourism by providing new and diverse world-class attractions.

As the park begins to strategise plans for welcoming back visitors, following a devastating closure period due to COVID-19 lockdowns, a new hotel will be introduced - adding to the spectacle.

Catch up on the latest headlines, available on LiSTNR!