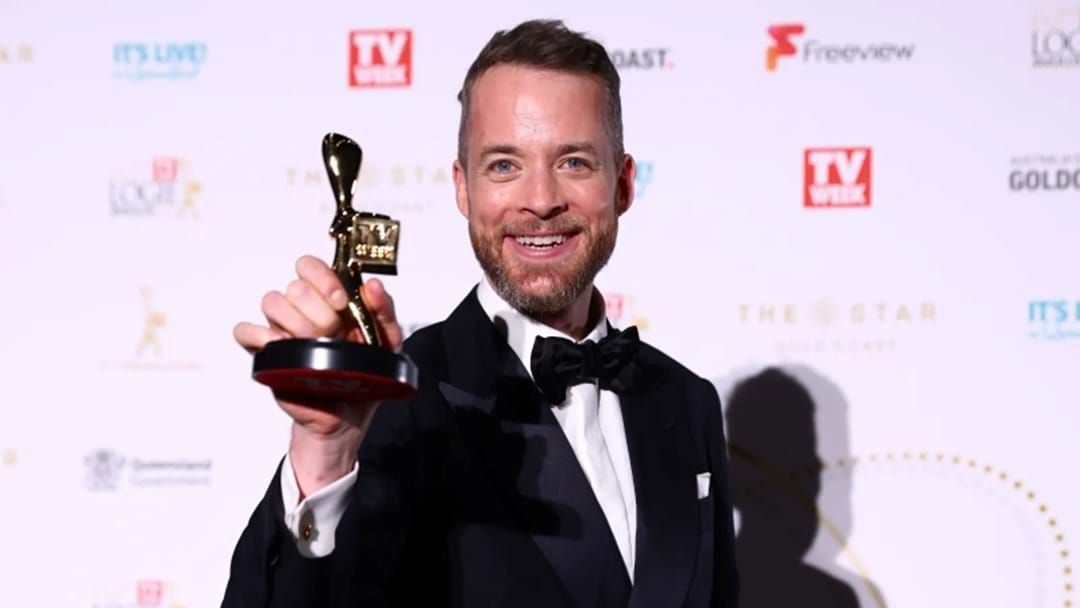 Celebrities strutted the red carpet on the Gold Coast overnight for TV's night of night's; the TV WEEK Logie Awards.

Hamish Blake took home the Gold, along with the inaugural Bert Newton Award for most popular presenter.

Up against Sonia Kruger, Karl Stefanovic, Julia Morris, Ray Meagher, Melissa Leong and Tom Gleeson for Gold Logie, Blake in his classic style read the back of the trophy and said:

While the Bert Newton award was announced by Bert's wife, Patti Newton, who payed tribute to the King of the Logies.

Patti finished by saying: "I was only thinking today, if I could just ask him how he feels about this particular award being named in his honour. And I am absolutely certain that he would say, 'What? Not the gold?'"

Bert hosted the Logie Awards night 20 times, while he won four Gold Logies and was inducted into the Logies Hall Of Fame.

Hailing it a win for representation, Australian of the year Dylan Alcott and ABC presenter Tony Armstrong who presented the award for Most Outstanding Sports Coverage, said being on the stage spoke volumes.

“To be honest, having an Indigenous man and a guy in a wheelchair up here, on commercial TV …," Alcott said.

While legendary sports broadcaster Bruce McAvaney was inducted into the TV Week Logie Hall of Fame.

"It is undeniable that so many of Australia's most iconic sporting moments have been made much more memorable by the words of Bruce McAvaney," said former AFL player and coach Leigh Matthews, who presented the lifetime achievement award.

Other winners of the night included:

Most popular drama program - Home and Away

Most popular panel or current affairs program - The Project

Most popular comedy program - Have you been paying attention?

Most popular Aussie actor in an international program - Jackie Weaver

Most outstanding reality program - I'm A Celebrity … Get Me Out of Here! (Network 10)