All those fries were worth it! 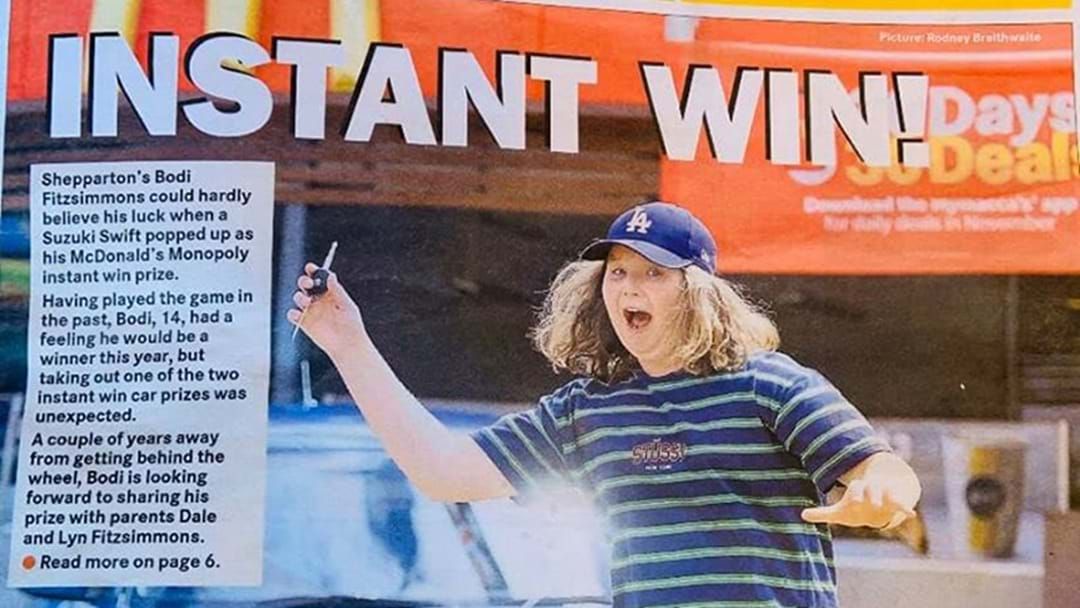 Charlie got the Golden Ticket, but he didn't walk out of the Chocolate Factory with a CAR!

14-year-old Shepparton teen, Bodi Fitzsimmons isn't even legal to drive yet, but he already has a brand new car to drive around town in after winning a electric-blue Suzuki Swift in Maccas Monopoly!

Bodi is one of the winners of the two instant car prizes in this year's campaign, beating the odds and coming out of the other side with more than just a cheeseburger.

Bodi predicted his win before the popular game started, saying he felt like he was going to win something - and boy, was he right.

After collecting the tokens and logging them in his app, he received a Chance Card with the brand new car as his instant win prize - not bad at all!

While he's not quite of age to get behind the wheel, mum & dad will be able to share his prize with him.

It just goes to show that you actually CAN win a damn good prize from McDonald's Monopoly. You bet we're counting down the days for next year's game!

Get the Fox Feeling this Summer – App Store | Google Play