10 Of The Best Halloween Themed TV Episodes To Rewatch

Add these to your October watchlist 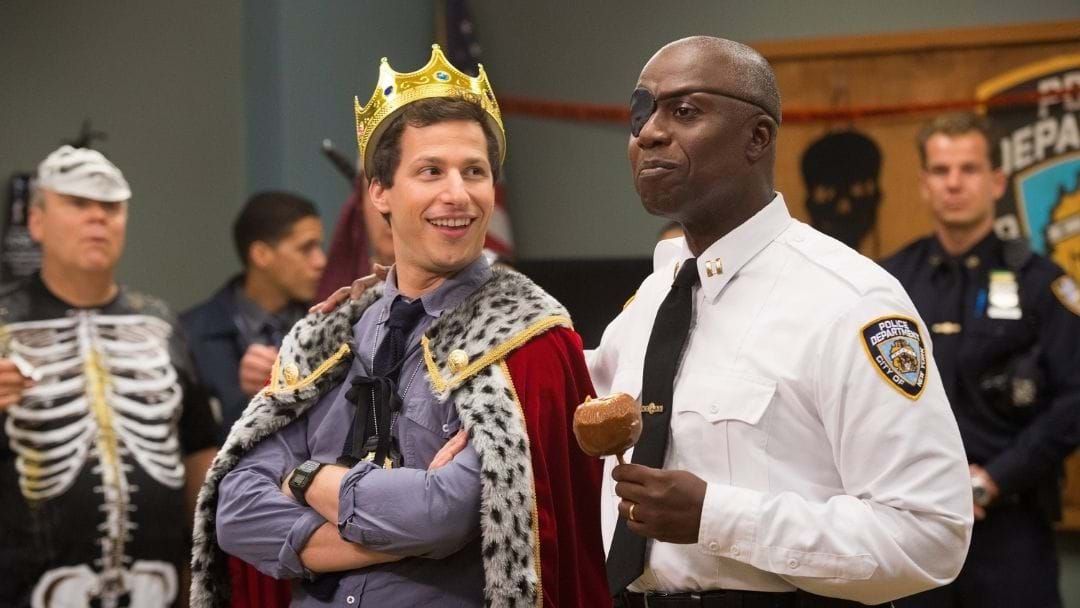 We're at that time of year when your favourite TV shows roll out spooktacular Halloween themed specials to get you in the mood for the seasonal celebrations.

So we're throwing it back to some of the best Halloween themed episodes to hit TV over the years, and where to find them...

Brooklyn Nine-Nine never disappoint with their Halloween episodes, but this one takes the cake.

On the fifth annual Halloween heist, the gang competes for the coveted cummerbund and subsequent title of Ultimate Human / Genius. There's double crossings, plot twists, a proposal, and even a fake Cheddar, which leads Holt to deliver the iconic line, "You're not Cheddar, you're just some common bitch".

You can find this episode on Netflix.

As if Stranger Things doesn't get creepy enough, the Halloween episode is definitely re-watch worthy.

From mysterious rotting pumpkins to trick-or-treating scares, this episode is sure to get you in the right mood for the Halloween season!

You can find this episode on Netflix.

This episode is iconic when it comes to Halloween specials, filled with comic spoofs of several Alfred Hitchcock films, including Psycho, The Birds, Rear Window, Vertigo, and North by Northwest.

Also, we get to see Fez dressed as Dr Frank-n-Furter from The Rocky Horror Picture Show (1975) so it's an obvious add to the watchlist.

Michael Scott finds out he has to fire one of his employees by the end of the month, but procrastinates until Halloween to get around to it.

This episode is the best kind of chaos, and Halloween is the perfect excuse to go back and give it a re-watch.

You can watch The Office on Stan, Binge and Amazon Prime.

In this Halloween themed episode, Jess gets a job at a haunted house and develops feelings for Sam, while Nick reunites with a college crush.

The costumes are a major highlight, including Jess as the zombie of Christina Barcelona, and Schmidt as Abraham Lincoln (and later as Matthew McConaughey in Magic Mike).

You can watch New Girl on Amazon Prime and Netflix.

In this episode, Buffy attends a Halloween party, where she and her friends stumble into a real-life house of horrors masquerading as a fraternity. We're also introduced to Anya's phobia of bunnies, which turns into a running gag for the rest of the series.

Fear, Itself is 1 of 3 Halloween-themed episodes, with the others falling in season 2 and 6.

Watch this episode on Stan.

Community gets spooky when the Dean throws a Halloween-themed party on campus, during which partygoers become sick from eating a hazardous substance the Dean mistook for taco meat. The sickness causes those affected to turn into a violent, zombie-like state that can be passed on through bites.

Alyssa Rosenberg from The Atlantic said, "Community's on a roll with episodes torn straight from the reels of classic movies this season, and last night's Halloween episode lifted the show to new heights."

Dean Munsch, Denise and Hester devise a plan to catch the Green Meanie killer by throwing a Halloween party, while Chanel attempts to make contact with the latest victim from beyond the grave.

The episode is the fourth Halloween-themed episode of the series.

While we've all likely watched this episode too many times to count, you can never get sick of the easy comedy and loveable characters in Friends.

In this episode, Monica and Chandler throw a Halloween costume party, which of course causes a whole bunch of problems.

Watch Friends on Netflix and Binge.

This is the perfect episode to get you in the Halloween spirit, with Claire's contagious passion for the spookiest season of the year.

Jesse Tyler Ferguson, who plays Mitchell, said the Spider-Man scene from the Halloween episode was his "favourite to shoot thus far for the sheer fact that I was scaling down a wall in a Spider-Man costume. I will never in my life be cast in a movie where I am able to wear a super-hero costume and perform my own stunts. It was like I got to live a dream for a day."

You can watch this episode on Binge and 7plus.

Let us know your favourite Halloween themed TV episode in the Facebook comments!