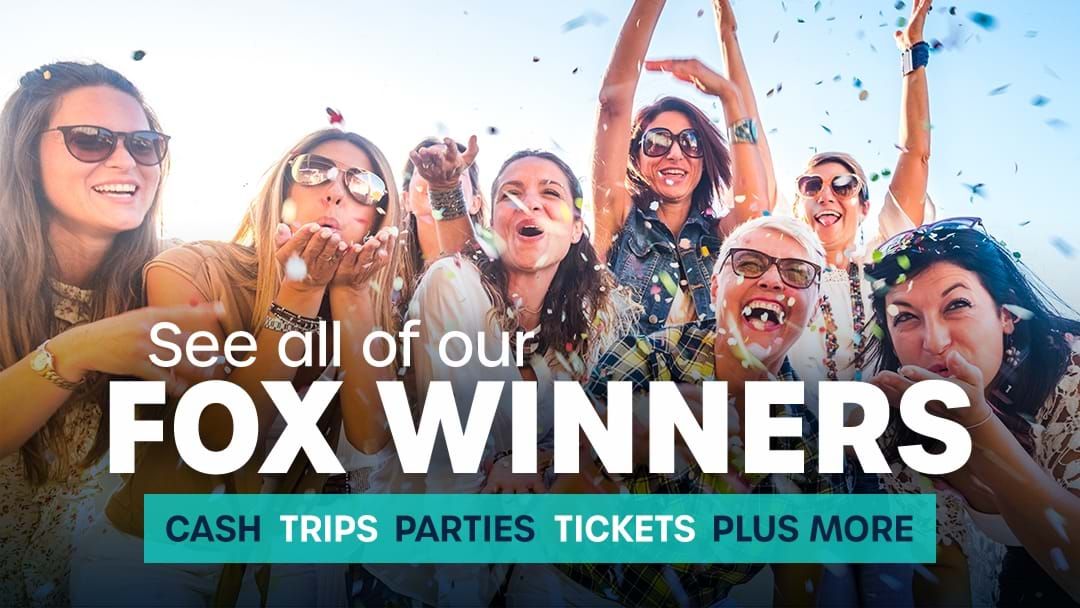 Whether's it's mountains of cash, piles of tickets, overseas holidays, or fun listener events.. We're always good for it when it comes to handing out freebies to Melbourne!

When we changed a listeners life with $100,000 thanks to the Secret Sound!

When we helped people find 'love' at our 'Thank U Ex' Singles Party!

When we celebrated single mums across Melbourne at Fifi's Baby Shower and gave away over $200,000 in prizes!

When we give away our ENTIRE Fox CD Library!

When we sent 20 Listeners on the Spicy Meatball Tour!

We sent our listeners to to London to see the Spice Girls AND Italy to hang out with Hughesy and Kate in Bologna!

When we made a STAR out of a Pest Controller at RnB Fridays LIVE 2018!

We made Kai Bennett, the pest controller from Lower Templestow an instant STAR when he performed in front of thousands of people at RnB Fridays LIVE 2018! All thanks to our competition "The Real Slim Tradie"

When we sent Taylor and Jess around the world on the Best Ever Bucket List!

Taylor and Jess won a trip of a lifetime to  Las Vegas where they attended the 2018 Billboard Music Awards and After Party, Stretch Limo ride and helicopter tour over the Grand Canyon.

London where they had a tour of Harry Potter World at Universal Studios and dinner for two at Jamie Oliver's Fifteen London restaurant.

Los Angeles where they had a VIP admission and front row seats to the James Cordon Show, A VIP Tour of Universal Studios including locations that are closed off to the general public.

As well as Dubai where they stayed at the Atlantis Palm, swam with dolphins, had an exotic tour through the desert on camels and dinner under the stars, topped off with $2000 spending money! WOW!