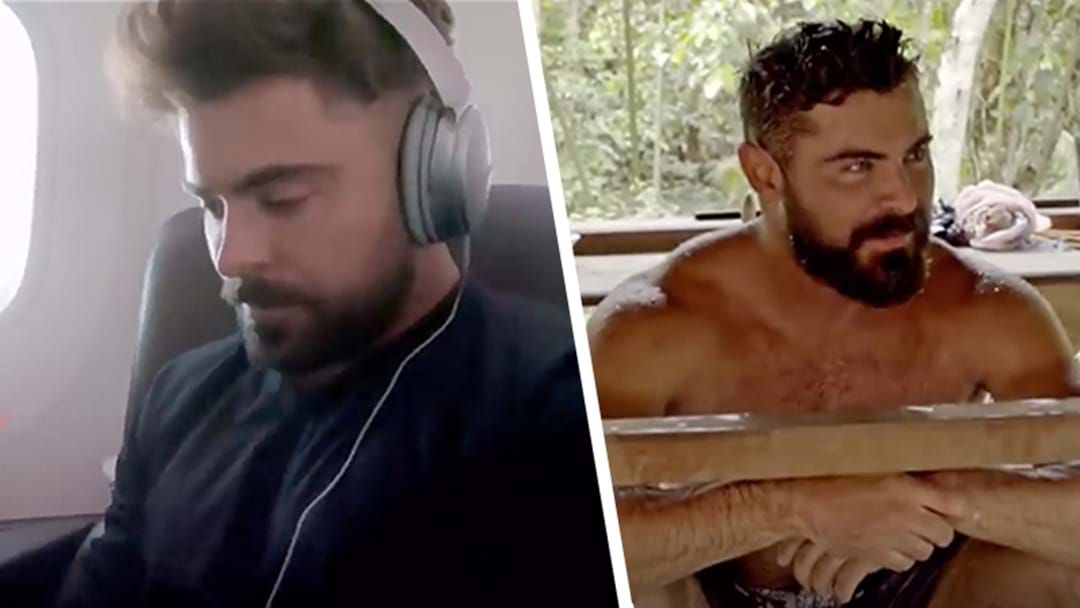 It seems to be that Zac Efron's suspicious 'off the grid' tactics during iso have all come to light recently, with the most recent sighting of him in Australia's very own Byron Bay.

But, it seems that his lack of social media use has been for one specific reason, aka not to give away any of his new Netflix travel series, Down To Earth.

Also, surprisingly Efron isn't acting in his new Netflix show, he's actually hosting a worldly travel doco series where his aim is to learn about how to live more sustainably.

Tbh it seems like it'll be a mix of him snacking, adventuring and going full Bear Grylls on us all.

The trailer shows the actor bringing wide-eyed enthusiasm as he looks for "new perspectives on some very old problems."

Mostly to do with things food, water, energy and mother earth related.

Also, at some point, he comes across something described as a "community fart bag." So, take that as you will.

Hopefully, once the show airs on July 10 and we can literally backtrack every episode of our favourite HSM star so we can find him.

If you are in Australia, we will find you, damn it, boy.

And if you're reading this, I love you, I mean, we love you.