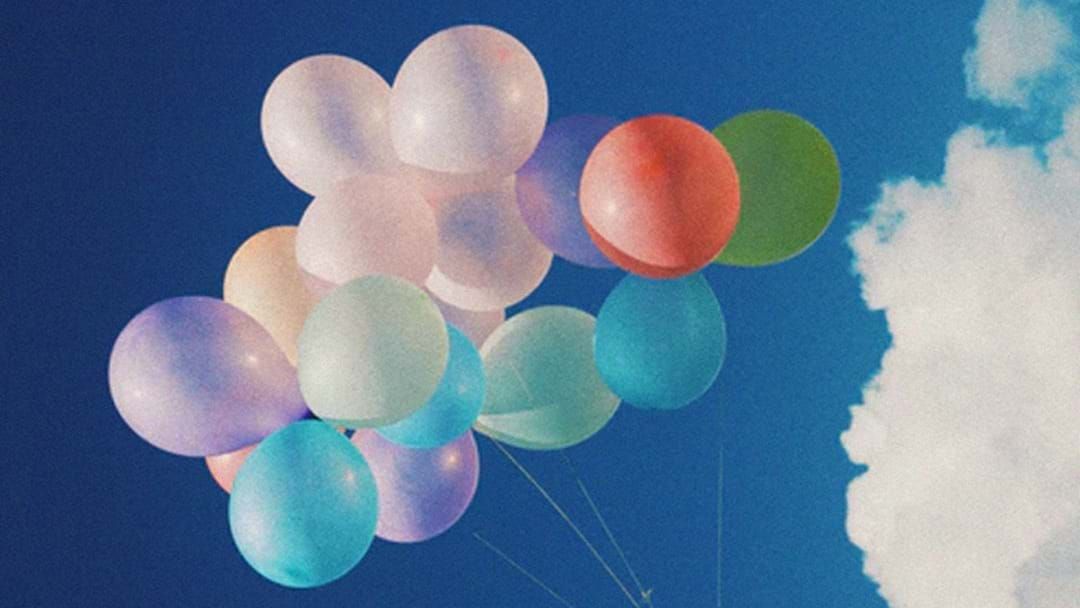 Have you ever been at work and felt the incomprehensible urge to release a helium balloon from the rooftop? Congratulations, you might just have what it takes to become a felon.

Tim and Jess discussed Victoria’s new environmentally-friendly law, which will see *massive* fines being imposed on people who release balloons into the atmosphere.

If caught releasing just a single balloon, a would-be criminal can expect to cop a fine of $991.

Now comes the scariest number; if a business were to release, say, I dunno, a *few* balloons, they can expect to cop a fine as high as $82,610.

The plastic used in helium balloons takes longer to dissipate than most others and has had a detrimental effect to sea life, often being mistaken for a jellyfish by turtles and other oceanic critters.

Next time you want to throw a party and kill the environment, don’t.

Catch Tim and Jess's reaction to the massive fines: