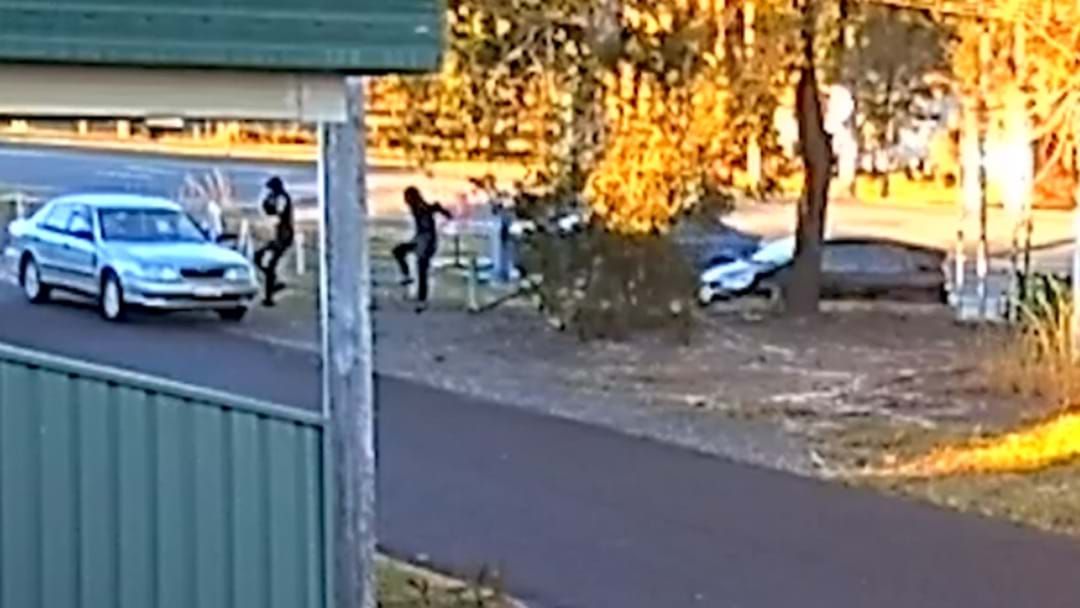 Two men remain at large following the armed robbery of a service station in Wyee.

It's claimed the pair entered the business on Wyee Road at around 7:30am on Tuesday, July 10 before threatening the 25-year-old man behind the counter with a handgun and demanding cash and cigarettes.

They took off in an early 2000s model silver Toyota Avalon.

The pair are described as caucasian between 18 to 25, have medium builds and were wearing dark clothing.

While detectives are also keen to speak to the driver of the vehicle.