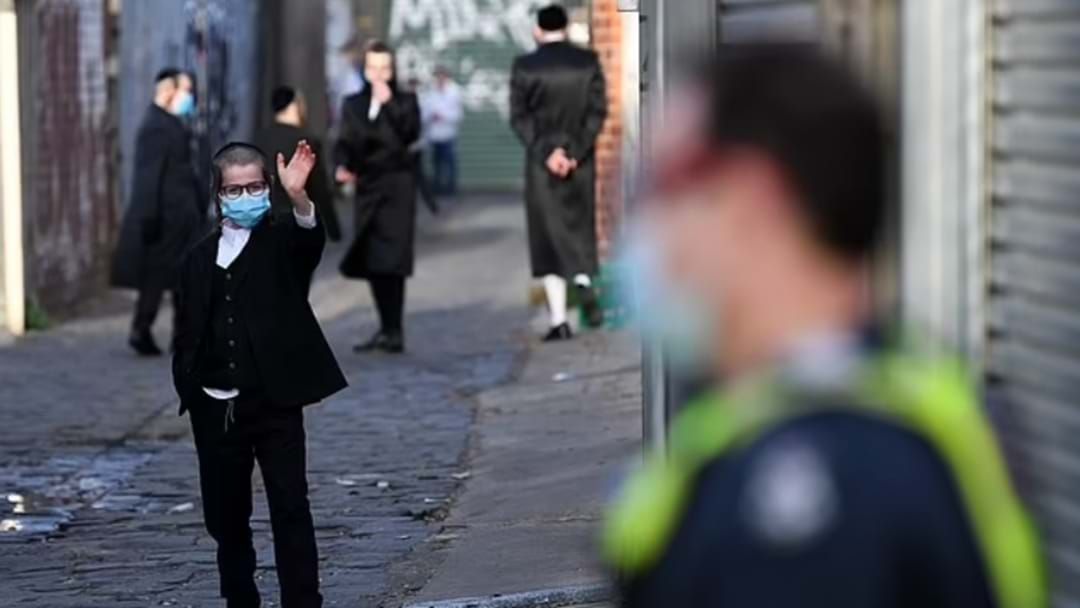 A dramatic stand-off played into the evening between Police and worshippers who illegally gathered at a Synagogue in Melbourne's south-east.

People refused to leave the religious gathering in Ripponlea after allegedly gathering from early Tuesday morning to mark the Jewish new year holiday of Rosh Hashanah.

Police surrounded the Orthodox temple in Glen Eira Avenue with up to 100 worshippers refused to leave until a standoff occurred around 8pm.

A Police statement was issued on Tuesday night, confirming that public health breaches had been made.

“All adults who attended will be issued with a $5452 fine. A number of children who were present will not be fined,” a police spokesperson said.

“Investigators believe a number of other people were present and are yet to be spoken to by police. Investigators are working to identify them.”

Melbourne Lord Mayor Sally Capp said it's unfair on people who are doing the right thing.

"I do of course understand, everybody empathises. there are special occasions, there are religious occasions, we just been through Father’s Day. It's just not fair that some members of the community feel that they can flout the rules and get away with it"

Ms Capp thanked the Police and the community, imploring that it’s about helping "people remain unified to our ultimate quest to open and to stay open"

The Jewish Council of Victoria released a statement encouraging the community to abide by COVID health regulations and restrictions, and advocating that the actions of a few no not reflect the majority.

Unfortunately, this was not an isolated incident of lockdown laws being broken over the last month.

Social media influencer Nadia Bartel, along with three friends were collectively fined more than $21,000 for breaching COVID restrictions last week, and last month more than $300,000 was handed out in fines from an illegal engagement party at Caulfield North.

Premier Daniel Andrews commented that he hadn’t seen the footage but encouraged all Victorians to do the right thing.

“But if we don’t follow these rules, we will all have to wait longer to do the things that we want to do. That’s why the rules apply to everybody.”