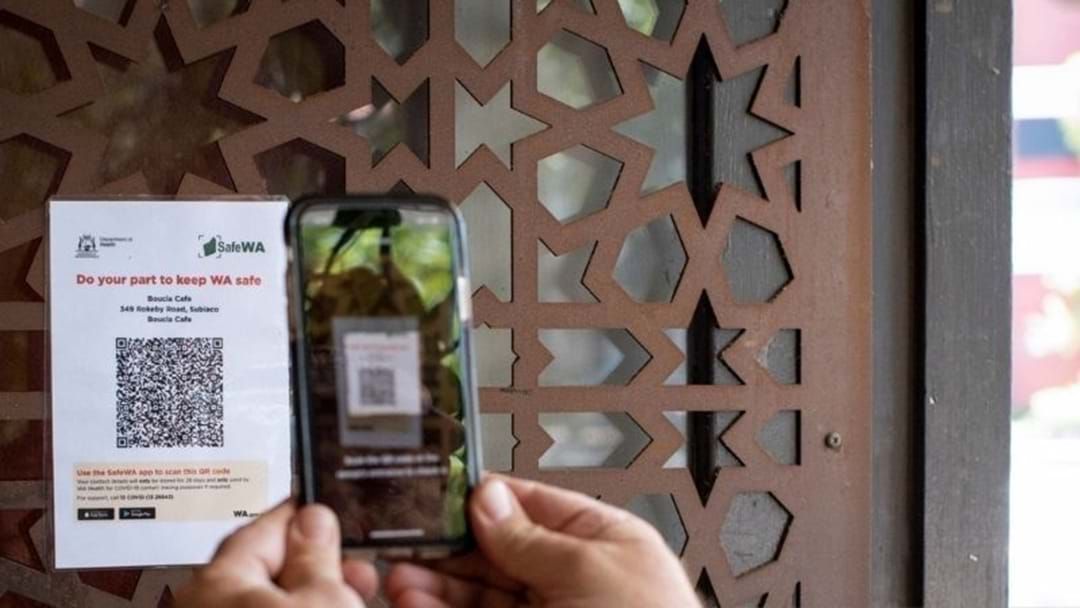 Western Australian Government ensure their Safe App tracking will be better used to protect confidentiality of the public, after revelations of a Police loophole being utilised.

Personal data will be better protected on the SafeWA check in app - to ensure its only used for COVID contract tracing purposes.

Premier Mark McGowan has defended the app in parliament, saying legislation is being changed to restore integrity in the system.

"The State Government will introduce new legislation to strengthen the protection of information obtained through contract registers and the SafeWA app," a statement per WA government.

"Our priority is to protect the health of Western Australians and our actions have kept WA one of the safest places in the world."

The introduction of a new bill ticked off by Parliament allows only WA Health to access the data on the app.

The digital contract registration system was made available in November 2020, and its QR code features were used at venues for patrons to register their attendance.

From an earlier media release, the McGowan government explained that "date will be encrypted at the point of capture, stored securely and only be accessible by authorised Department of Health personnel".

There have been more than 238 million check-ins on the app and paper registration sheets, and statements from the release of the app explain the sole purpose and process.

Attorney-General John Quigley said for all the check-ins, he ensures the public that only twice have police requested to use the SafeWA data.

Mr Quigley defended the use by authorities, explaining it was used in a lawful manner and police do not need the app as a method of finding people.

"So we don't believe we're impeding the police in any way."

This instigated the McGowan party to deny police requests, and prompting the government to shut down any loophole previously used.

Catch up on the latest headlines on The Western Australia Briefing. Available on LiSTNR